US job market gets boost 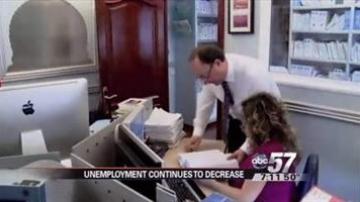 There is good news in the jobs market, with less layoffs and more hiring, the U.S. has added over 200,000 jobs each month since last December.

"For business owners who want to take their companies to the next level this
bill will make it easier for you to go public. And that's a big deal
because going public is a major step towards expanding and hiring more
workers."

The Dow Jones dropped three straight days this week, even with more people hiring, and it renewed the fear of investors about The European Debt Crisis and lack of action by The Federal Reserve.