U.S. Military to have major budget cut over next 10 years 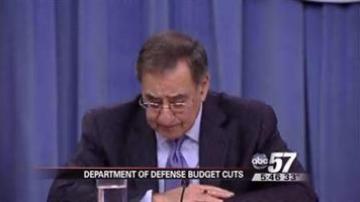 The U.S. military will reduce its budget by nearly $500 billion over the next 10 years.

The changes are a result of congress not being able to agree on more specific cuts during last year's debt ceiling extension vote.

Those cuts will begin in October, with a budget that’s $33 billion smaller than the current one.