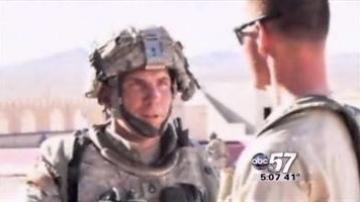 New details have been released on the Afghan shooting rampage involving a U.S. Marine.

A legal defense fund has also been established for Staff Sgt. Robert Bales by his wife to help cover attorneys' fees.

Monday, Military investigators are also looking into the possibility that Bales committed the shootings in two separate trips off base.