US plans to pay $20 million to help Mexico deport migrants 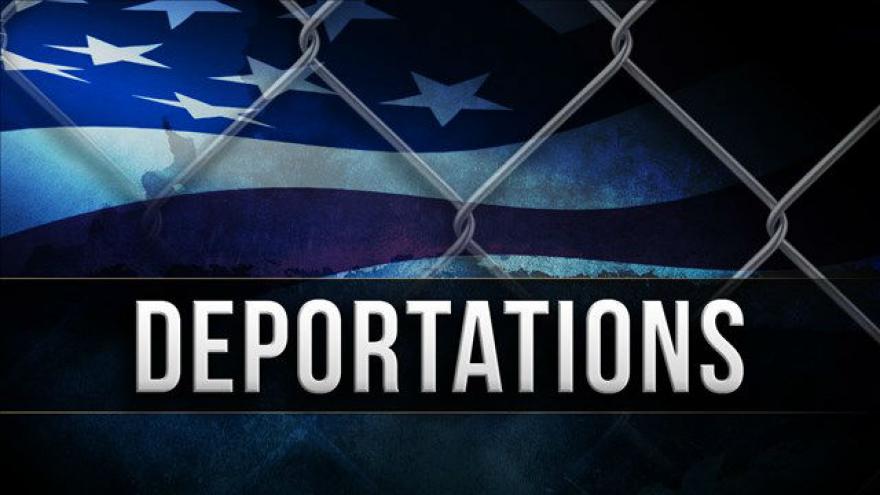 (CNN) -- The US government plans to pay millions of dollars to help Mexico deport thousands of migrants who have entered the country hoping to reach the United States.

According to a notification State Department officials sent to Congress, $20 million would be used to cover the cost of bus and plane tickets to deport migrants from Mexico to their countries of origin.

The funding would be transferred from the State Department to the Department of Homeland Security as part of a "migrant removals pilot" that could result in the deportation of up to 17,000 people from Mexico, the notification said.

"This one time infusion of assistance will help the (government of Mexico) address, and potentially deter, irregular migrant flows, which will help keep illegal immigrants from entering into the United States through the southwest border," the notification said.

Officials from the State Department and Department of Homeland Security have been briefing congressional staff about the plan this week, according to a congressional aide who attended a briefing but was not authorized to speak publicly about what officials discussed.

Under the program, Mexican authorities would be responsible for interdiction, detention, asylum adjudication and other immigration proceedings in accordance with Mexican and international law, the notification says.

"The United States would only fund commercial airline tickets or charter flights and/or ground transportation," the notification said.

The US has provided Mexico with funding to help with immigration enforcement in the past, including $24 million in equipment and training assistance to Mexico's National Migration Institute, according to a report from the Congressional Research Service.

The new funding, which was first reported in The New York Times, comes a day after Mexico's foreign minister met with Homeland Security Secretary Kirstjen Nielsen and a day after officials released the latest statistics on illegal crossings at the US-Mexico border.

"Secretary Nielsen has been engaging with Mexico on a regular basis, and this proposal is part of multi-faceted effort to address the crisis at our Southern border," Department of Homeland Security spokeswoman Katie Waldman said in a statement.

A State Department spokesperson said the funds were previously unallocated and had been set aside to address the administration's policy priorities, which include "strengthening migration management through the Western Hemisphere to the U.S. southern border."

Mexico's foreign ministry did not immediately respond to requests for comment.

"The administration, instead of paying Mexico to do our dirty work, should be working with Congress to make sure that an appropriate amount of foreign aid is invested in Central America and we have an immigration system that is functioning and treating people fairly," he said.

US authorities apprehended more than 37,000 people trying to cross the US-Mexico border illegally in August, 12,774 of whom were members of family units. Officials noted that the number of people apprehended who were part of family units increased 38% from July to August, blaming "broken immigration laws" for the uptick.

But the total number of apprehensions appears to be in keeping with seasonal trends in recent years; there is often an increase in illegal crossings from the hottest summer months into the fall. Experts say it's impossible to ascribe monthly fluctuations to any one cause.

"We are working closely with our Mexican counterparts to confront rising border apprehension numbers -- specifically a 38 percent increase in families this month alone -- directly and to ensure that those with legitimate claims have access to appropriate protections," Waldman said.

Mexico's role in immigration enforcement has been a point of contention as the Trump administration mores toward increased detention and deportation of undocumented immigrants.

As a caravan of asylum seekers from Central America moved through Mexico in the spring, President Trump slammed the neighboring country's government in a series of tweets, claiming authorities did "very little, if not nothing" to stop migrants coming through Mexico's southern border.

But Mexico has deported more immigrants to Guatemala, El Salvador and Honduras than the United States has in recent years, according to statistics compiled by the nonpartisan Migration Policy Institute. Immigrant rights activists for years have slammed Mexico for deporting too many immigrants, accusing the country's government of jeopardizing human rights and sending migrants back into the life-threatening conditions they fled.