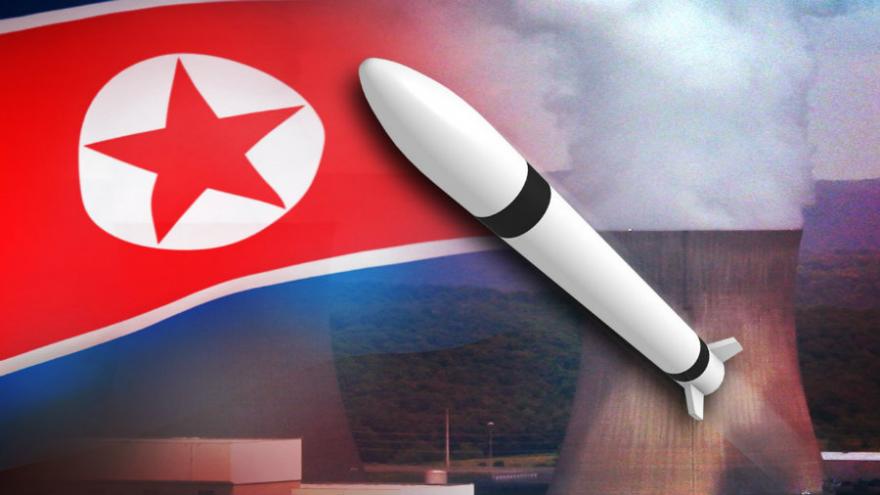 (CNN) -- South Korean President Moon Jae-in and US President Donald Trump have agreed "in principle" to revise a bilateral treaty that limits the weight and range of the South's ballistic missiles.

They spoke in a phone call Friday.

"President Moon and President Trump reaffirmed their view that it is important to apply maximum sanctions and pressure on North Korea so that it refrains from making provocations and comes out to the dialogue table to peacefully resolve its nuclear issue," Blue House spokesman Park Soo-hyun said in a written statement.

According to the statement, the two leaders also agreed "in principle on the revision of the missile guidelines."

"Sharing the view that South Korea needs to bolster its defense capabilities to counter North Korea's provocations and threats, the two leaders agreed in principle to revise the missile guidelines to a level that the South Korean side desires," the spokesman's statement said, but did not provide further details about what the revision would entail.

Under the bilateral pact last revised in 2012, South Korea is allowed to develop ballistic missiles with a range of up to 800 kilometers (500 miles) and a payload weight of up to 500 kilograms (1,100 pounds).

The White House said Trump gave Moon his "conceptual approval" for the planned purchase by the South of billions of dollars of US military equipment.

"President Trump provided his conceptual approval of planned purchases by South Korea of billions of dollars in American military equipment," the White House said in a statement after the phone call.

The latest step comes after a roller-coaster month of escalating tensions over North Korea, during which Trump's suggestion that action, rather than talk, is needed to deal with Pyongyang has seemed to contradict some of his top Cabinet officials, who insist the United States will continue to seek a peaceful resolution despite the reclusive state's provocative missile tests.

Carl Schuster, a former director of operations at the US Pacific Command's Joint Intelligence Center, told CNN that revising the bilateral treaty would give the South Koreans a more independent deterrent capability, which they have wanted for the past several years.

"The reason they want it, I think, is they want to be able to either respond to North Korean provocation or they want North Korea to be aware that they have the capability to respond if North Korea goes too far," said Schuster, now a Hawaii Pacific University professor.

"To an extent it's as much a political as an operational development that's important to South Korean self-confidence."

While Moon has sought to be "more accommodating" to North Korea than his predecessor and looked for nonmilitary ways to resolve the situation, Schuster said, North Korea's recent actions have undermined his confidence and public confidence in his policies.

They have also alarmed South Korea's allies in the region and around the world.

The United States responded this week to a series of missiles launches by North Korea -- one of them over Japan -- by staging a mock bombing drill with South Korea over the Korean Peninsula. South Korea also held a live-fire drill simulating the destruction of North Korea's leadership.

From South Korea's perspective, Schuster said, allowing it more powerful weaponry signals to North Korea that Seoul will not necessarily be constrained by the United States and that it has an independent ability to react -- something that North Korea would have to factor into its own calculations.

The shift in tack could reflect US President Donald Trump's belief that it's time to try something new and his desire for China to do more to rein in North Korea, Schuster said.

In the 1990s, US policymakers were keen to constrain the offensive capabilities of countries in northern Asia because it was believed this would dissuade North Korea from increasing its own defensive capabilities, Schuster said. However, this approach clearly hasn't worked.

Meanwhile, new commentary published Friday in the Rodong Sinmun newspaper, the official mouthpiece of North Korea's ruling Workers Party of Korea, called on the United States to recognize North Korea as a nuclear power if it wants future diplomatic efforts to make headway.

"The situation is turning unfavorable for the U.S. day by day. There is no proper way out. The U.S. should make a switchover in its policy on the basis of recognizing the fundamentally changed DPRK strategic position and geographical influence," it said.

"As the U.S. escalates the confrontation with the DPRK and wastes time to find out a solution, the striking capabilities of the DPRK's strategic forces which put the whole U.S. mainland in their strike range will rapidly increase."

A day earlier, Russian President Vladimir Putin warned the United States and others against going down a "dead-end road" on North Korea and called for talks to resolve the issue, saying "putting pressure on Pyongyang to stop its nuclear missile program is misguided and futile."