U.S. Treasury asking for input on which woman should appear on $10 bill 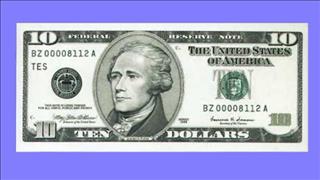 A woman will now be on U.S. currency starting in 2020, 100 years after women achieved the right to vote.

The Treasury Department announced Wednesday a woman will be on the $10 bill, replacing the United State's first treasurer, Alexander Hamilton.

The Treasury Department is asking for America's input on who the woman should be on the $10 bill by using the hashtag #TheNew10 on social media.

Some of the contenders include Eleanor Roosevelt, Susan B. Anthony, Harriet Tubman, and Rosa Parks.

Credit for the monetary shift belongs to a 9-year-old girl who wrote to President Obama, asking why women were not on currency.

Treasury Secretary Jack Lew will make the final decision on what woman will be on the $10 bill.

By law, it cannot be someone still alive.

The new bills will start entering circulation in 2020.