US troops overseas celebrate Thanksgiving with 98,820 pounds of turkey 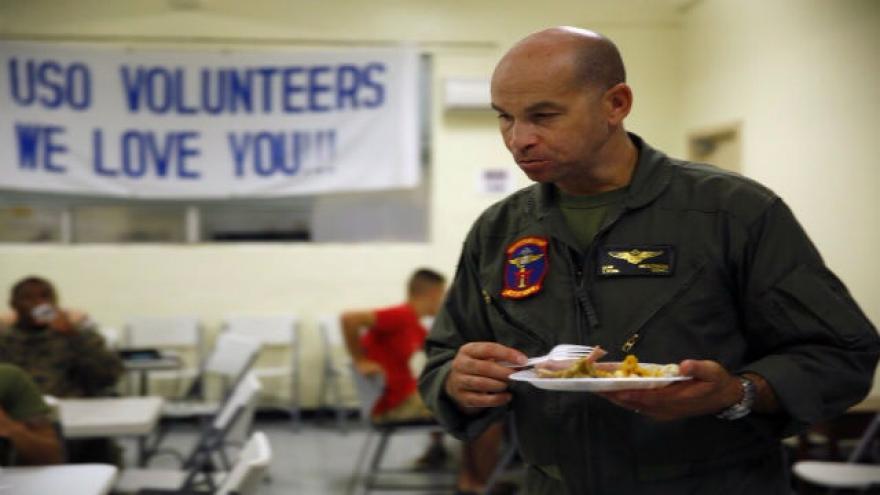 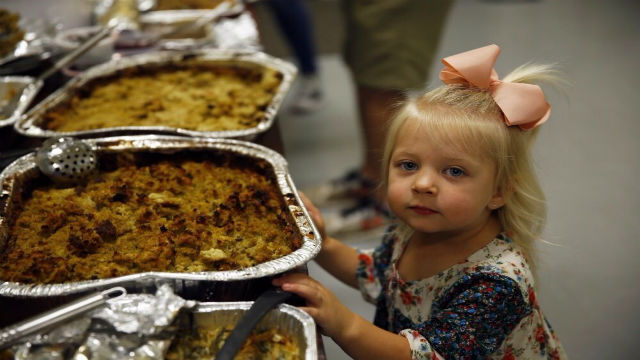 (CNN) -- US troops serving overseas during the holiday still have much to be thankful for, including nearly 100,000 pounds of turkey.

In keeping with a long tradition of providing holiday meals to troops serving abroad, the Department of Defense served 98,820 pounds of turkey, 10,173 pounds of stuffing mix, 6,588 pounds of marshmallows and 918 gallons of eggnog to US service members in Afghanistan, Iraq, Kuwait and Jordan this Thanksgiving, according to the Pentagon.

Other items on the Pentagon's shopping list, which are being provided by the 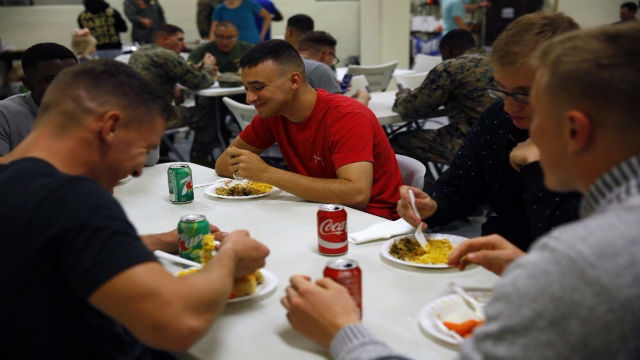 Speaking on C-SPAN's "Washington Journal" Thursday, Brig. Gen. William Graham, who is stationed with troops in Kabul, Afghanistan, said that serving Thanksgiving meals to his troops is his "favorite part" of the military's tradition for Thanksgiving.

This is Graham's sixth Thanksgiving he has celebrated while on deployment, he added.

"Obviously being away from my family, is one of our greatest challenges," he said. "What the Army has done a great job of is building resilient families."

The official Twitter account of the 1st Marine Aircraft Wing tweeted photos of troops enjoying meals with USO members where they are stationed in Okinawa, Japan, thanking the unit's spouses and the nonprofit United Service Organizations for providing a Thanksgiving meal.

"Marines share a #Thanksgiving meal prepared by MWHS-1 spouses at the #USO at Camp Foster, #Okinawa, #Japan. MWHS-1 spouses teamed up with @the_USO members to give back to the troops deployed overseas by preparing and serving them homemade meals."

President Donald Trump held a teleconference with five branches of the military stationed overseas Thursday morning. During the conversation he thanked members for their service saying, "We totally support you. In fact, we love you."