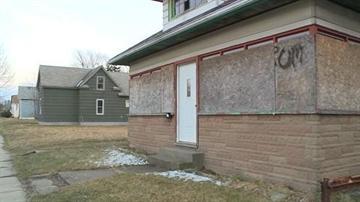 SOUTH BEND, Ind. – Hundreds of buildings across the city set empty, slowing rotting away; while animals and criminals invade them seeking shelter and scrap.

According to South Bend Code Enforcement estimates from 2010, there are more than 1,600 abandoned or vacant houses spread out across the city’s numerous neighborhoods.

Director of Code Enforcement Catherine Toppel has been asking for a taskforce to address the situation for years.

Mayor Pete Buttigieg gave her that, and made her a part of it as well.

Toppel joins 13 others and the Mayor on the taskforce. Their goal: to come up with a plan to deal with the growing number of eyesores in South Bend.

Helping to lead the discussion will be Jim Kelly, a professor of law at the University of Notre Dame.

Kelly’s background working with a similar taskforce in Baltimore a few years ago puts him in a unique position. “There are parts of South Bend that are dealing with situations that are similar to what I saw in southeast Baltimore; and yet the city as a whole does not have the intensity of the problem that Baltimore had,” said Kelly.

He is optimistic that South Bend’s problem can be turned around, and he plans to get members of the taskforce started on solving those issues immediately.

Tuesday, an organizational meeting will take place so Kelly can put people where he feels they need to be to best use their unique skill sets and where they can address issues or bring new ideas and perspectives to the table.

Kelly expects the taskforce to wrap up the planning by late summer or early fall, and wants to get the public involved sooner rather than later.