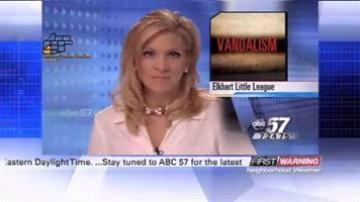 ELKHART, Ind.-- The little league season at the Elkhart F.O.P. starts in less than two months, but there is little equipment left after someone vandalized the facility.

Police say that the vandals took the leagues public address system, the stereo and about 80 percent of the equipment.

The thiefs also broke into the concession stand and officer areas.

They even turned on the water which froze the pipes and caused them to burst.

The little league is home to more that 150 inner city kids ranging in age 4 to 16.