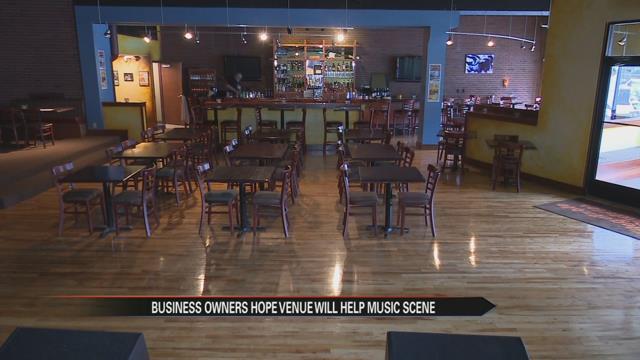 The blues and rock bar, a staple in the 1970s, is getting a second life on Michigan Street.

“We consider ourselves first a music venue, second a bar, and third a culinary destination,” General Manager Larry Katz said.

Whether it’s the music, drinks or Southern cuisine that brings visitors in, Katz guarantees a unique experience.

“This will be a place in the music scene people will talk about it,” Katz said.

The venue is named after a Frank Zappa song, and was located in the same building more than 30 years ago.

Last known as Trios, the spot was bought more than a year ago to return to its roots.

“Vegetable Buddies was in the past, and will be now, a venue for upcoming artists,” Katz said.

Now, the spot enters a new era of a rapidly developing downtown.

Katz says when the signs went up that they were reopening, the foot traffic was astounding.

“There’s a buzz throughout the community about this place,” Katz said.

He’s hoping that buzz spreads not just throughout South Bend, but throughout the country.

“Both the public so far from talking to them, and musicians that we’ve talked to are very excited,” Katz said.