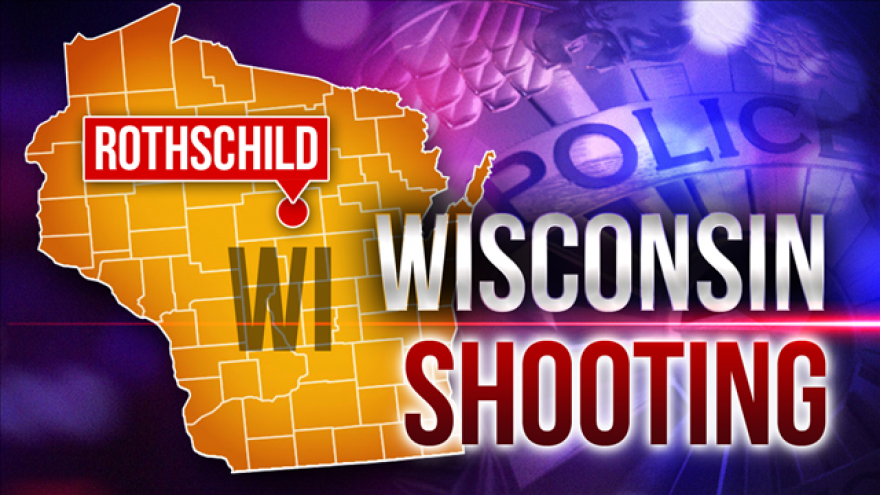 (CNN) -- A 18-year law enforcement veteran. A longtime bank manager and one of her co-workers. A lawyer at a small firm.

They were the people killed Wednesday by a man who went to a northern Wisconsin bank, shot two people, then stopped at a law office before holing up in an apartment, authorities said.

"Law enforcement investigation, to this point, has identified this as a domestic violence incident that evolved into tragic crimes that extended further into the community, said Jason Smith with the Wisconsin Department of Justice's Division of Criminal Investigation.

No one else was hurt, including the suspect's wife, Smith said, though he didn't disclose whether the wife was at the bank.

Officials on Thursday didn't provide specifics or name the suspect, who was wounded in a shootout with police at the apartment near Wausau.

The nature of the suspect's relationship with Quirt Sann, who was killed at her office, will be released after the investigation concludes, Smith said.

"Jason was a phenomenal officer and he was part of our family. It's difficult," the chief said before he was overcome with tears.

Weiland had been in law enforcement for 18 years, 15 of those with the Everest department. He was married and had two children.

According to the National Law Enforcement Officers Memorial Fund, Weiland is the seventh police officer shot in 2017 who has died in the line of duty.

The chief said Look had been the branch manager at the bank since 1998. She recently celebrated her 25th wedding anniversary. She and her husband have two children.

Barclay had been with the bank for more than five years. She had one daughter and two granddaughters.

Quirt Sann was remembered as a "a loving wife, daughter, sister, stepmom, aunt, friend, and a community servant," the chief said.

The law firm where she worked posted a message on Facebook that said: "All of us at Tlusty, Kennedy & Dirks would like to thank the community for its generous and heartfelt support. Yesterday, we lost a dear friend and colleague, and we ask that you keep her family in your thoughts."