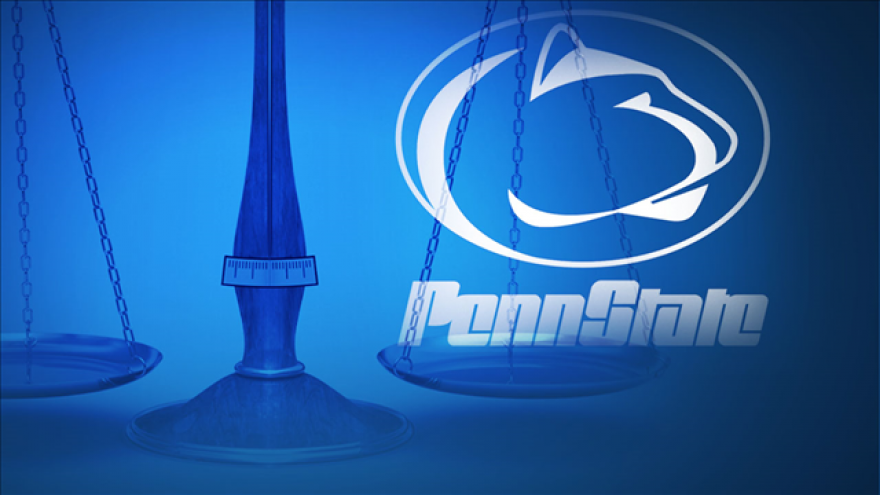 By Sara Ganim, Carolyn Sung, and A. Chris Gajilan

(CNN) -- Prosecutors say surveillance video was deleted from the basement of the house where they say Penn State's Beta Theta Pi pledges were forced to drink alcohol for a hazing ritual, and more charges are now imminent against at least one of the fraternity brothers already facing multiple counts in the hazing death of 19-year-old sophomore Tim Piazza.

Thursday, during the fourth day of a preliminary hearing related to Piazza's death, State College police Det. Dave Scicchitano testified he initially thought surveillance cameras from the fraternity basement weren't working the night of February 2, when police say Piazza was fatally injured by falling down a flight of stairs leading to the basement.

Scicchitano testified he now believes that video before 10 a.m. February 6 was deleted.

Prosecutor Stacy Parks Miller later told reporters that charges are "imminent" but that the investigation is ongoing. As soon as they have enough to charge, they will do so, Parks Miller said.

Eighteen fraternity brothers, plus the fraternity itself, have been charged in connection with Piazza's death. A grand jury found that the brothers put Piazza and other pledges through a hazing ritual called "the gauntlet," where they were forced to go through an obstacle course of alcohol — vodka, beer and wine — consuming dangerous amounts in a short period. They are all fighting the charges. Beta Theta Pi International Fraternity has described the allegations as "incredibly disheartening."

Surveillance video recovered from the first floor and shown in court in June shows Piazza stumbling and staggering after the gauntlet. He then disappears near the basement steps, and is later seen being carried unconscious by fraternity brothers to a couch.

At some point, he wakes, but struggles for hours on the tape, repeatedly falling before disappearing again near the basement steps. Prosecutors say he was ashen and stiff by the time fraternity brothers called police, more than 12 hours after his first fall. He died of injuries to his head and spleen.

Michael Leahey, attorney for Beta Theta Pi, said the defense has not received the full surveillance video, only portions of it, and he wants a forensic analysis of it.

"The prosecution has declined to share the video," Leahey said. "To my knowledge, there is no evidence of any video deletions."

"There is no better way to describe the existence of videotape of that basement other than the word stunning," he said. "It is a fact that I don't think any of the defense lawyers thought was ever going to surface."

Thursday's hearing focused on the defense, with attorneys for many of the men pushing back on the prosecution's theory of what happened.

Theodore Simon, attorney for one of the fraternity members, argued that the brothers could not have known Piazza was so badly injured. Simon, during cross examination, referenced parts of the surveillance tape in which, he said, Piazza does seem to walk upright without stumbling. He argued that Piazza looked intoxicated, but was "cognitively functional."

Simon and other attorneys also pushed back on the prosecution theory that Piazza was forced to participate in the gauntlet.

Attorney Marc Neff, said his client, and other brothers who do not drink alcohol, were previously admitted to the fraternity without having to participate in the gauntlet.

Several defense attorneys also disagreed with the collective nature of the charges, arguing that not everyone was there for each event.

Kline responded, saying, "They planned a hazing event. They acknowledged there was a hazing event in text messages after the fact. And in between they executed a hazing plot and they caused injury and death. That's what all of the facts collectively show here. You can parse out individual facts but you can't get away from the collective picture."

The hearing got contentious, with defense attorneys — 16 of them are in court together, because two of the defendants waived their right to the hearing — calling objections on one another. Parks Miller also accused Simon of disrespect, yelling at him to "show some respect" toward Piazza's family, seated in the front row of the court.

At one point Parks Miller accused Simon of "acting like there is no judge here."

The hearing is expected to continue Friday, with a judge possibly ruling at the end of the day.