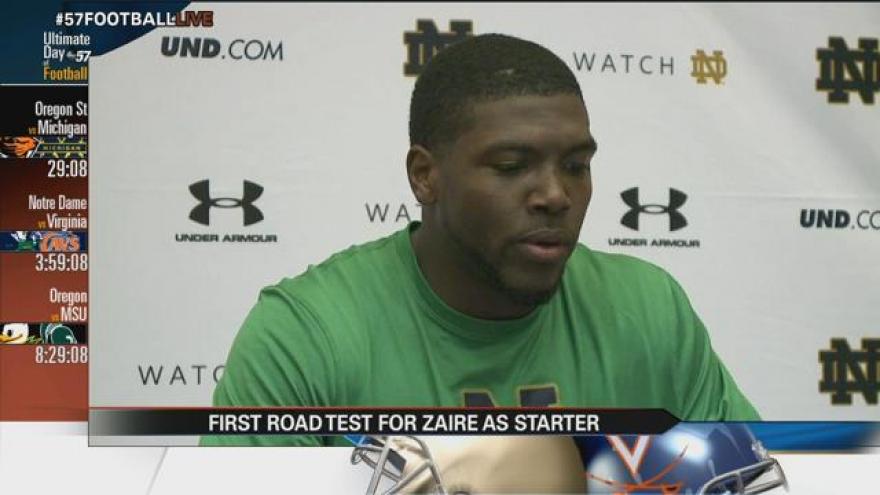 He gives credit where it's due.

"The offensive line, I mean they give us some big protection," Zaire said.

But there's no denying what Malik Zaire accomplished on Saturday.

Only 3 incompletions on 22 passing attempts, and 3 touchdowns. It was the second most efficient performance in history by an Irish passer.

"We took what the defense gave us and you know it's always a great feeling to score points," Zaire said.

And the new starter showed maturity in deciding when and when not to run.

"If you can't protect yourself you can't play so that's the first and most important thing for me," Zaire said.

Now he plays a Virginia defense with similar physicality and athleticism - and for his first time as a starter on the road.

"Well you just go in there being prepared. I think that's the most important thing you need to have. Not just being at home but being away," Zaire said.

With a focus on running the offense with distracting noise.

"Communication and over communication is very important also so we are stressing that a lot with the loud music and being able to communicate through that," Zaire said.

With the goal of going 2 and 0 on the season.

"Mike London and their defensive coordinator are all great coaches and they're going to have a good scheme for us but I think we will have something ready for them too," Zaire said.