Voices from Manus: 'I don't want to go to Australia ... after what they did' 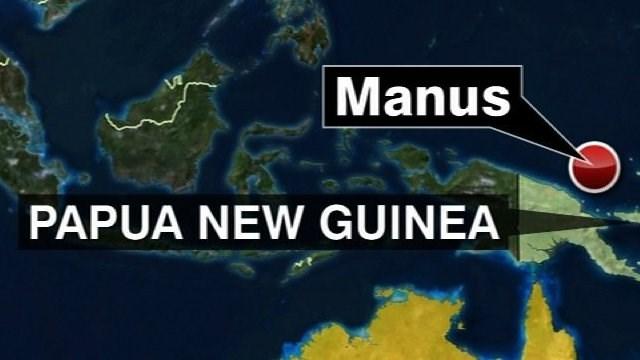 (CNN) -- When Sudanese refugee Aziz Adam landed on Christmas Island, in Australian territory, he thought his days of horror and torture were over.

Fleeing without his family, under threat of death for being a member of the wrong tribe in Sudan, he told CNN he would rather die in the ocean than be tortured in his home country.

But when he was transferred to Australia's remote detention center on Manus Island in 2013, he realized his trauma had only just begun.

"They just want us to die. For the last three years we were under heavy, systematic torture (which) aim to force us to go back ... Hundreds of us lost their minds completely," he said.

According to the Australian Immigration Department, as of June 30, 854 men were still being held in the detention center on Manus Island in Papua New Guinea, which was set up as part of a deal between the Australian and PNG governments.

Men who have tried to reach Australia by boat are sent there while their asylum claims are processed.

The governments announced on Thursday they were working to close the controversial center.

But for the detainees, who spoke to CNN in a series of WhatsApp messages from inside the compound, the closure of Manus Island doesn't come as a relief. It's just another step in a journey that has led them from danger to misery and despair.

Aziz: 'I thought my life will be hundreds of times better'

In just under a month, it will be the third anniversary of 25-year-old Sudanese refugee Aziz Adam's arrival on Manus Island.

"I am belonging (to) an African tribe called the Zaghawa," he told CNN. "The (Sudanese) government decided to hunt every Zaghawa, kids, adults, including old people - torturing and killing them."

The Sudanese government has repeatedly ignored calls by the United Nations and rights groups to address alleged human rights violations.

His family imprisoned, Aziz fled. First to South Sudan, where he found no respite, and then to Indonesia. Finally he risked his life on the dangerous sea voyage to Australia, landing eventually on Christmas Island.

"When I came to Australia first, I thought (I was) in safe hands and place, I started to think how to get my family out of that mess in Sudan. I thought my life will be hundreds of times better -- no more gunshot, no rebels, no killing or raping," he said.

Three years later, Aziz believes he was naive to think that.

"They want to force us to go back to our country, and then when we deny, we say we don't want to go back because we don't have safety, we will be killed, they tell us, okay, we will offer you resettlement in Papua New Guinea," he said.

"(But) the reality is in PNG there is no safety at all."

Aziz said he had been mentally and physically tortured at Australia's detention center on Manus, he said he had been verbally abused by officers and had seen his friends die. Aziz now doesn't want to be resettled in Australia.

"We started to plead with them, we don't want to go to Australia, please leave us or let other countries like New Zealand or Canada take us, but the Australian government is refusing for those countries," he said.

Ahmed: 'My mum passed away when I was here'

Ahmed Trad fled Lebanon with hopes of a better life in Australia.

He hasn't seen his family for two years.

When asked if he has any message he'd like to send them, he says no. "My Mum pass(ed) away when I was here, in this detention center," he says, in a matter-of-fact tone.

Trad's claim for asylum was rejected and he says he's been waiting for months to find out when he'll be deported.

What angers Ahmed, who is in his early 20s, most about his detention is the time he and his fellow detainees have wasted.

"If the Australian government, they want to make us engineers ... they can do. But they didn't choose this way, they just choose to kill us, to kill our feeling, to kill our dream, our future, to not be ambitious anymore. In cold blood," he said.

'We can't leave them in limbo'

Between 2007 and 2013, Australia said at least 1,200 people lost their lives trying to make the journey over water.

In February, the Australian High Court upheld the government's right to hold asylum seekers. The Papua New Guinea Supreme Court will rule on August 22 on how to enforce its previous ruling, that the Manus Island camp was unconstitutional.

Speaking to the Australian Broadcasting Corporation on Wednesday, Immigration Minister Peter Dutton repeated that none of the Manus detainees would ever be allowed to settled in Australia.

Human Rights Law Center Legal Advocacy director Daniel Webb told CNN if the men could not return to their home countries, they should be allowed to come to the Australian mainland.

"If settlement in Papua New Guinea was viable, it would have happened years ago and we can't leave them in limbo while the Australian government prowls around the region looking for another country they can pay to take them off their hands," he said.