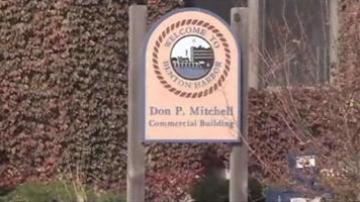 Berrien County as a whole voted to do away with the state coming in and helping out cities that are struggling.

In St. Joseph, the voters were overwhelmingly in favor of keeping it, but in Joe Harris Benton Harbor, the majority of voters wanted to do away with it.

Joe Harris was appointed by the state of Michigan in April of 2010 to make financial decisions for the city of Benton Harbor to help get them out of the red.

He was put in the position as the Emergency financial Manager under PA 72.

"It had been determined for a long time that Public Act 72 was not strong enough to do what needed to be done for these cities,” said Harris.

He said that’s how PA 4 came about.

But at the polls Tuesday, Michigan voters voted to take it off the books.

I voted no on that proposal because I feel it should be left to the locals,” said Stacey Masters.

"It was turned down by the voters throughout the state of Michigan 52 percent to 48 percent,” said Harris.

Although that disappoints Harris, he said he's not going anywhere because he is still in Benton Harbor helping the city with financial guidance under PA 72.

Current returns are with 103 of 125 precincts reporting:

The majority said "No."