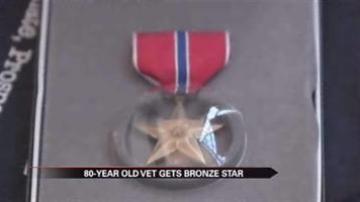 Six decades since the event, a Michigan war hero is finally being recognized.

Elmer Fann, 80, rescued a fellow soldier during the Korean War and became eligible for a Bronze Star but he had no idea he had actually received one until his family surprised him.

"I knew they had something up their sleeve but I did not think it was this. I didn't think I was doing anything but somebody must have been watching" said Fann.

The Bronze Star is the fourth-highest honor for someone in the military.