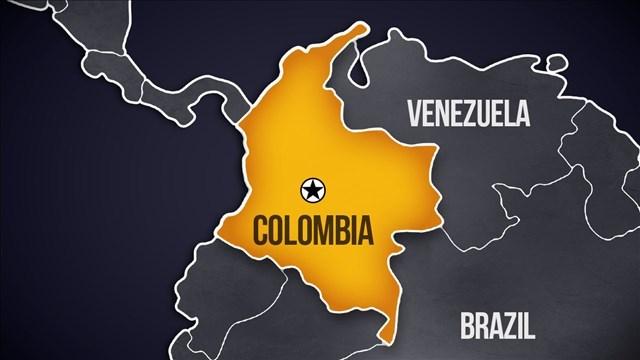 BOGOTA, Colombia (CNN en Español) -- Many Colombians have known nothing but a time of conflict between the government and the guerrillas of FARC.

Now there is a promise of a time of peace, with a deal signed in Havana, Cuba, between officials and a leader of the Revolutionary Armed Forces of Colombia (FARC) to end one of the world's longest-running conflicts, a 52-year war that has claimed 220,000 lives.

In the Colombian capital, Bogota, hundreds celebrated the agreement in a park. On social media, hashtags like #AdiosalaGuerra (farewell to war) and #PazenColombia (peace in Colombia) trended, but other users expressed their dismay.

Some agreed with opposition complaints that the Havana deal fell short.

"It was dishonest for the country that President (Juan Manuel Santos) handed seats (in Congress) to the guerrillas," says John Fernando Menesses, who drives a rickshaw in northern Bogota. "Now the army has to take care of the guerrillas. So many soldiers were killed by the guerrillas, (and) now they have to look after them -- what an irony!"

For Jose, a peddler in the capital, peace in Colombia will come only when there is equality.

"Peace is a word politicians talk about all the time. But in Colombia, there is no peace. I come from the lower classes and there is no peace. As long as we have to be desperately seeking bread, doing whatever it takes to survive, there will be no peace."

For millions of Colombians, peace is something unknown; there hasn't been a peaceful period in half a century, and entire generations have grown up watching the horrors of the conflict.

Jorge Bermudez, a retiree in Bogota, says he yearns for a peace that the younger generations have never seen. But he says he does not trust the process.

"Peace would be very nice if it finally becomes true. We need it," he said.

"I do not think it will become true, however. I don't think the agreement will become a reality because dealing with people who have killed so many children, that have maimed people and suddenly they are in government ... how will this country end up with such people?"

Others said just the hope of a different country was enough to take the risk.

Julio Correal, a Colombian musician, said the deal was an opportunity. He is also the creator of the "'Adiós a la Guerra" (Farewell to War) campaign, a government-led initiative to educate people on both sides about the peace process.

"We artists have to be builders of identity, of memory, and in this particular case serve as means of reconciliation," he told CNN.

In the campaign, about 20 artists sing for peace and join the so-called "largest conversation in the world" to spread information about the agreements.

"The opportunity we are offering is unique. These agreements are the most important in our recent history," he said.

"It is the opportunity to end a cycle of this terrible violence -- this way of resolving conflicts by force of arms -- and give the opportunity to the country, the state and society in general to enjoy a real development. It will not be easy, it has never been easy, but it is easier than a war scenario."

Freddy Socarras, from Bogota, said he thinks the agreements are a first step toward a different future.

"It's a dream, a hope that we haven't been able to live out as Colombians. For new generations it is an opportunity to rebuild the country, to live in peace. It is a historic day for Colombia and for all young people who will have a different country than the one I lived in."

Gladis, who is retired and mother of a daughter, says that peace is for new generations. "I think of my daughter, of the children, they will continue this. It will not be for us."

The peace deal came after four years of negotiations. The next step is to put it to Colombian voters in a referendum October 2.

"I will vote yes," said Naira Rodriguez. "It is the hope of the whole country. I believe we deserve this. It brings uncertainty, but we must take risks. We have to take risks."