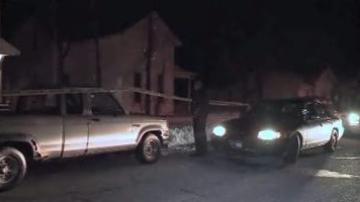 WARSAW, Ind. — Police in Warsaw are conducting a death investigation after a man’s body was found at a vacant duplex on North Fort Wayne Avenue.

Around 7:30 Thursday night, Warsaw Police were called to 228 North Fort Wayne Avenue for a welfare check on an unresponsive male.

When they arrived, they found 56-year-old Randall Jones of Warsaw on the steps of the duplex.

EMS responded and took Jones to the hospital, where he was pronounced dead.

Early Friday morning, Frankie Lee Poe, 40, was booked into the Kosciusko County jail on a charge of residential entry to the vacant duplex.

Police say he is a person of interest in the death investigation.

Neighbors did not want to talk on camera but say the scene was unnerving.

The results of Jones’ autopsy have not been released, but Thallemer says even if the results indicate a homicide, the Warsaw community should not be concerned about a pattern.

"It doesn't appear to be something that's related to drugs or robbery or home invasion or anything like that. I think this was just a chance, random problem and that's what I have from the limited information that I have,” said Thallemer.