Was Venus once habitable? 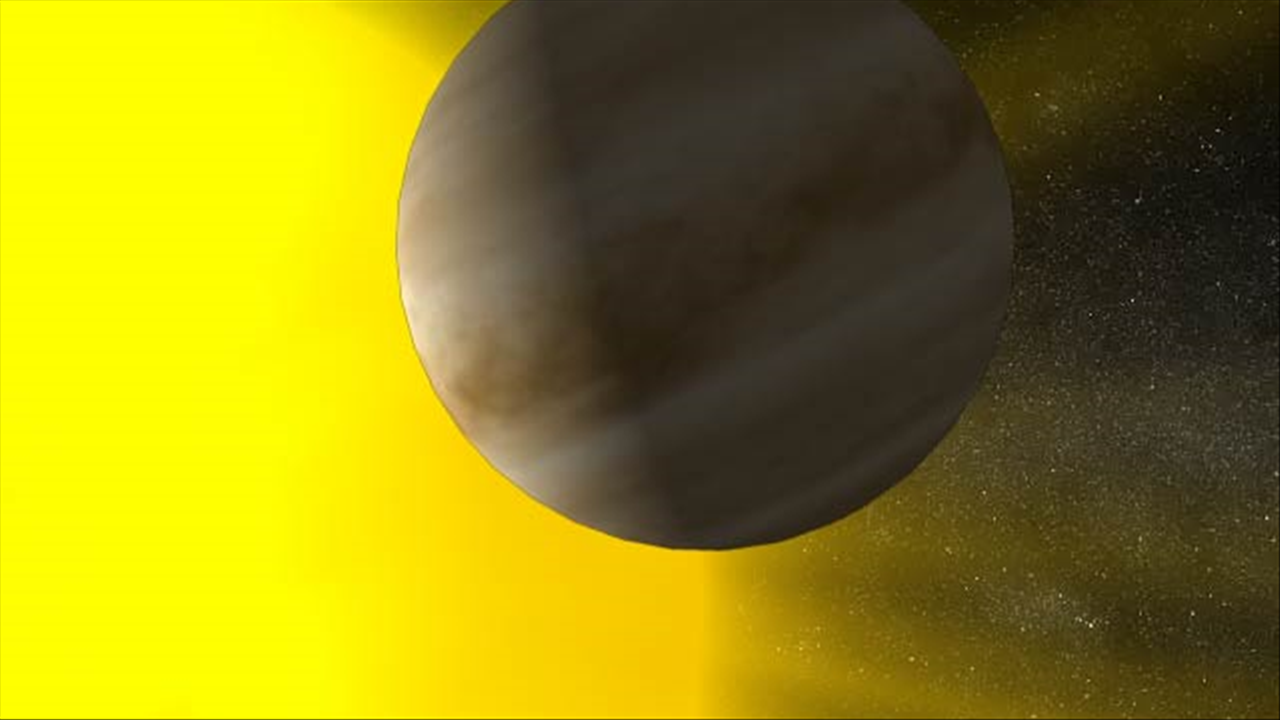 (CNN)  Imagine a mostly dead planet with a heavy, toxic atmosphere 90 times thicker than ours and surface temperatures that reach 864 degrees: hot enough to melt lead.

That would be Venus, often called Earth's twin because they're similar in size. You couldn't live there if you wanted to.

But 3 billion years ago, things might have been different, according to a new study.

Scientists at NASA's Goddard Institute for Space Studies in New York took computer modeling that has predicted future climate change on Earth and applied it to Venus with the hopes of revealing what the young planet was like.

What they discovered made Venus seem a little friendlier and more like our own planet. They believe it had a shallow ocean and hospitable surface temperatures slightly cooler than Earth's for possibly 2 billion years of its early history. Big puffy clouds would have created overcast days that shielded the surface from heat and radiation.

Less is known about the ocean, which was first suggested by NASA's Pioneer mission in the 1980s. But given its placement as the second planet from the sun, Venus wasn't conducive to sustaining an ocean.

Venus receives more sunlight than Earth, which would evaporate liquid water, sending hydrogen into space and trapping a buildup of carbon dioxide. That would lead to a nonstop greenhouse effect that would create its current toxic atmosphere. Venus' topography was also completely altered by volcanic eruptions that most likely filled in lowland regions and potential ocean basins over the past billion years.

Because of this, past research to model the planet would simply place a duplicate of Earth and its topography in Venus' orbit. But a team of researchers, including lead study author Michael Way of NASA, wanted to create the first 3-D model of the planet using its current topography. Even if it isn't entirely accurate for the time period they were modeling, "it's the least wrong choice you can make," Way said.

Using past research, Way and his team knew that habitable factors for planets include rotation speed and topography. Venus rotates rather slowly, in the opposite direction of Earth and most planets, which researchers thought was due in part to its thick atmosphere. But recent research suggested that the same rotation rate would be possible with a thin atmosphere, as well.

"I knew that it probably would help the world maintain a quite temperate climate, as we found when we ran the model," Way said.

Was there life on Venus?

With this model, early Venus sounds rather cozy, so could it have supported life?

"Water does not equal life," Way stressed. "What we believe is that water is conducive to life. Venus is a much tougher place for life to get started. It was only warm and wet very early in its history. It's been a mostly dead planet for the last 4 billion years. But the modeling we did was to say that Venus might be a better place to look for the beginnings of life."

This can also be connected to evidence that suggests Earth and Venus have similar compositions, Way said. If Venus had a stable, warm, wet climate for longer than had been speculated, it could be due to the fact that the planet has a carbon cycle and structure similar to our own subduction plate tectonics. Both planets have a wealth of carbon dioxide: Earth through its lithosphere and rocks and Venus in its atmosphere.

Venus also has twice as much nitrogen in its atmosphere as Earth, and it's the most abundant gas in our atmosphere.

More missions in the future may be able to prove how much water Venus had, how it lost its water and over what time span, maybe even revealing what was on the surface in addition to water, Way said.

Modeling Earth and other planets

The larger goal from this study is to expand the capabilities of the model to look closer at what early Venus, Mars and even Saturn's moon Titan were like, using NASA's Planetary Science Astrobiology program and the Nexus for Exoplanet System Science. We can also look into our own past at early Earth, raising a wealth of questions scientists want to answer.

Way said that if we took Earth's atmosphere today and moved it back in time, it would freeze. Clearly, there was something different about Earth then that we still don't understand. Gathering more data from the geologic record might enable researchers to answer that question, put the solution into their model and see whether it works.

These models could also be applied to the study of exoplanets and help future missions, like the James Webb Space Telescope and its successors, in identifying Earth-like planets for closer observation.

"When the time comes in the future, when we can get more data on exoplanets and their atmospheres, we can help better target which planets we want to look at through these models," Way said. "If we think these planets can have liquid water, that's where we want to go."