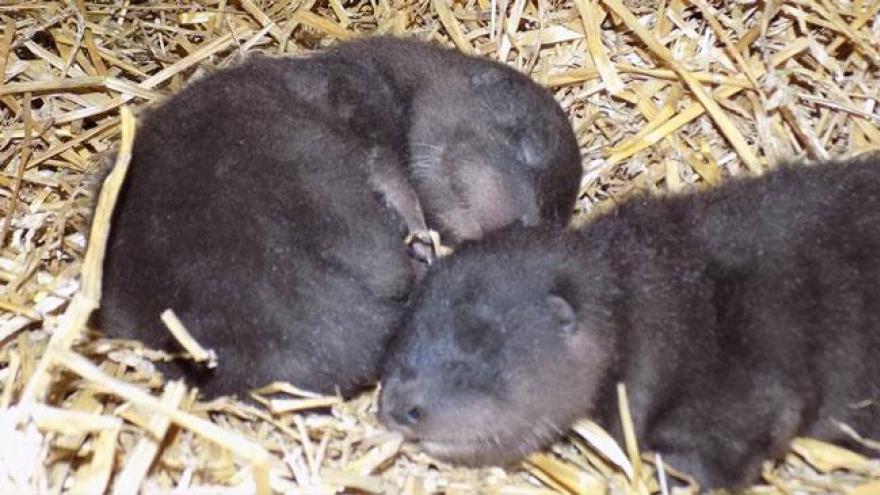 The Washington Park Zoo announced the births of two otter pups on January 31. The zoo made the announcement on its Facebook page, along with some photos of the pups.

Zoo staff are checking the pups for growth each week.

The river otter pups are a boy and a girl.

A female River Otter delivers a litter of one to six pups after an eight-week gestation period and the newborn pups are silky black, blind, toothless, and helpless.

The pups will not go on display for several more weeks. Until then, the father and the zoo's other female River Otter will remain on display.

The zoo says, "When otter pups are around two months old, they will get their first swimming lesson when their mother pushes them into the water. Since the new mom is very attentive, with her supervision and encouragement the pups should catch on to their water skills quickly."