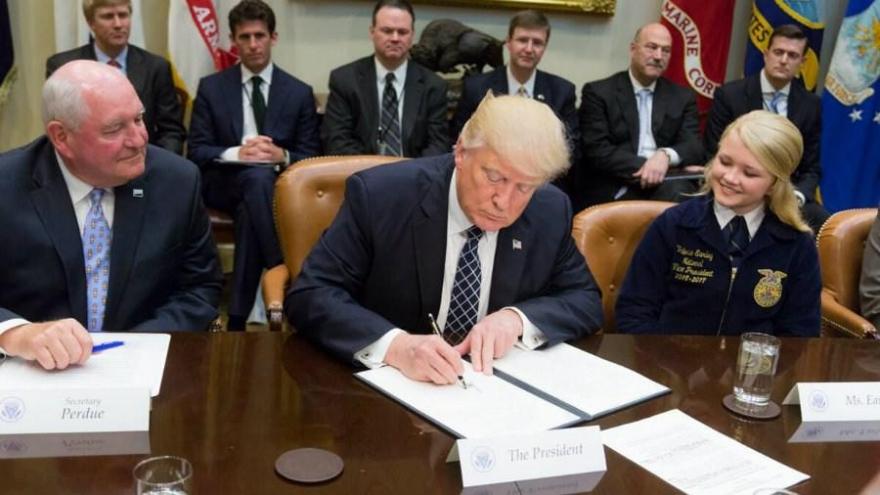 (CNN) -- President Donald Trump shared highly classified information with the Russian foreign minister and Russian ambassador to the US in a White House meeting last week, according to The Washington Post.

H.R. McMaster, Trump's national security adviser who participated in the meeting, told the Post that Trump and the officials, Russian Foreign Minister Sergei Lavrov and Russian Ambassador to the US Sergey Kislyak, discussed "common threats."

"The President and the foreign minister reviewed common threats from terrorist organizations to include threats to aviation," McMaster told The Washington Post. "At no time were any intelligence sources or methods discussed and no military operations were disclosed that were not already known publicly."

According to the Post, Trump described details to Lavrov and Kislyak about how ISIS hopes to use laptop computers as bombs on planes.

"I get great intel. I have people brief me on great intel every day," one official with knowledge told the Post described Trump as saying, before the President reportedly relayed specific intelligence.

CNN has yet to confirm the details of The Washington Post report.

The White House has not responded to requests for comment.

The Wednesday meeting between Trump, Lavrov and Kislyak had already raised alarm bells in Washington, primarily because it came one day after Trump decided to fire FBI Director James Comey while the bureau investigated his campaign's alleged ties to Russia.

The meeting, a personal request from Russian President Vladimir Putin, who asked that they meet when he spoke with Trump, earlier this month, was supposed to remain behind closed doors without any media coverage. But a photographer from Russian state-media Tass attended the meeting and took photos of a laughing Trump with Lavrov and Kislyak.

No US media were allowed into the meeting.

Though an angry White House official told CNN they felt "tricked" by the Russians, White House spokeswoman Sarah Huckabee Sanders said "proper protocol was followed" by not allowing media into the meeting.

Throughout the 2016 campaign, Trump slammed Hillary Clinton for storing classified information on her private email server.

"Crooked Hillary Clinton and her team 'were extremely careless in their handling of very sensitive, highly classified information,' Trump tweeted in July. "Not fit!"

The irony: Trump was quoting Comey, who investigated Clinton's email use, in his tweet.