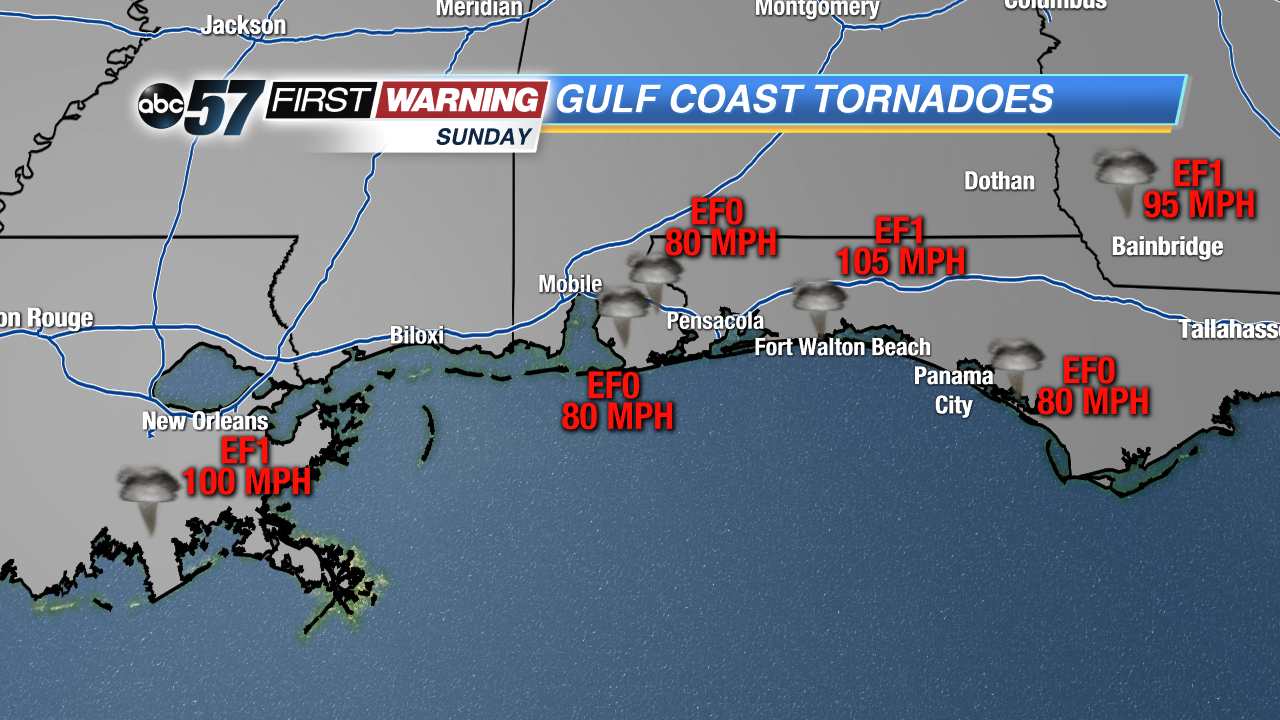 Confirmed tornadoes as of 4 PM Monday. NWS/SPC
Sunday was beautiful across Michiana, but the same cannot be said about the weather seen along the Gulf Coast. In particular, Louisiana, Alabama, Florida, and Georgia. As of late Monday afternoon, the National Weather Service and Storm Prediction Center have confirmed six tornadoes in those states. Three of them have been rated EF0, while the other three have been rated EF1. The strongest winds associated with the tornadoes range from 80-105 MPH. Some of the confirmed tornadoes developed over and traveled across water, but are not being referred to as waterspouts.

Damage was seen in response to each of the twisters, but the extent is not completely known yet. Several buildings and other structures were damaged, but only one home was totally destroyed. Many vehicles, trees and power lines were also heavily affected and damaged by the tornadoes. A total of five people were injured as a result of one of the Alabama tornadoes, but no fatalities have been blamed on any of the tornadoes. 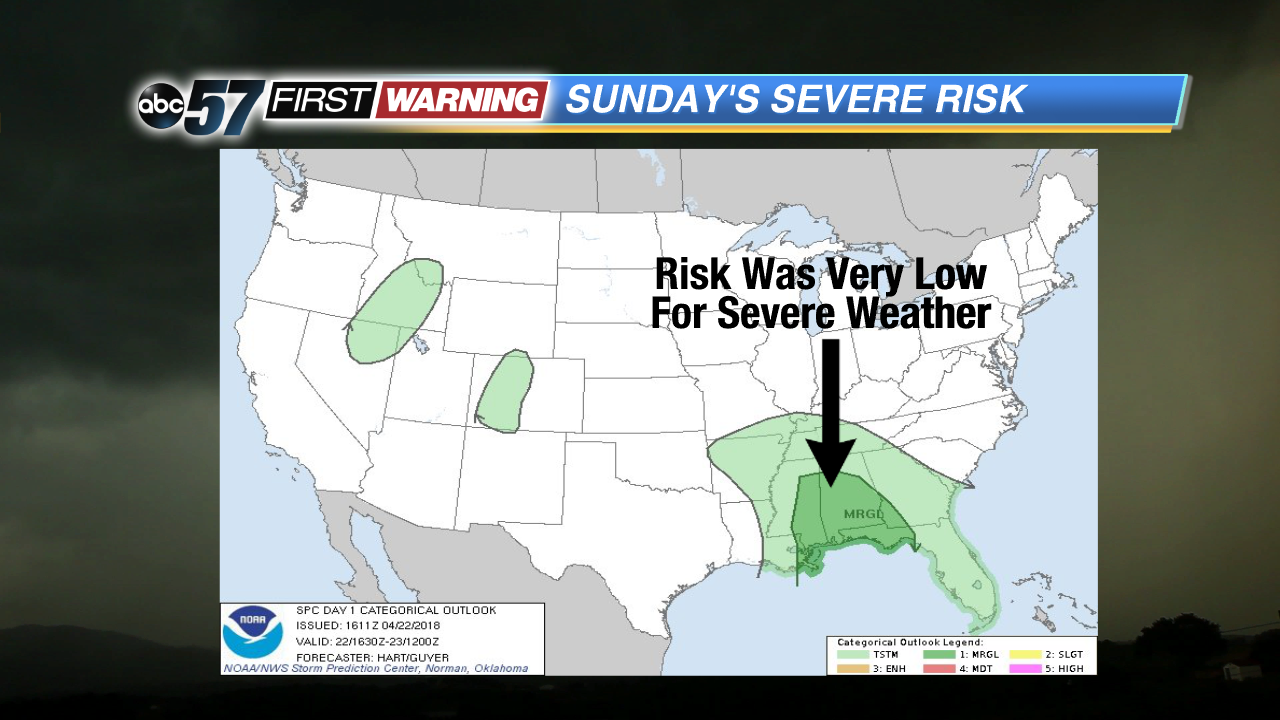 The tornado outbreak was slightly unexpected because the severe weather outlook issued Sunday morning only had this area in a "Marginal Risk" of severe weather. That is the lowest severe threat category available for the Storm Prediction Center to utilize on any given day. Even more, there was a 2% risk of tornadoes for parts of Louisiana, Mississippi, Alabama, Georgia, and Florida. Typically this would suggest a very minuscule risk. However, that was not the case Sunday afternoon. Eventually the SPC upgraded the severe outlook, but that came after some of the tornadoes had already been reported.

This event serves as an excellent reminder that Mother Nature does indeed have the last say. Despite the outlook suggesting a very minimal threat for severe weather, there were a handful of tornadoes and nearly 30 reports of high wind. Thus, the next time Michiana gets put in a low, or "Marginal," risk for severe weather, it wouldn't hurt to take it more seriously. It only takes a slight change in any given forecast to cause a severe weather outlook to change from a low risk to a much higher risk.