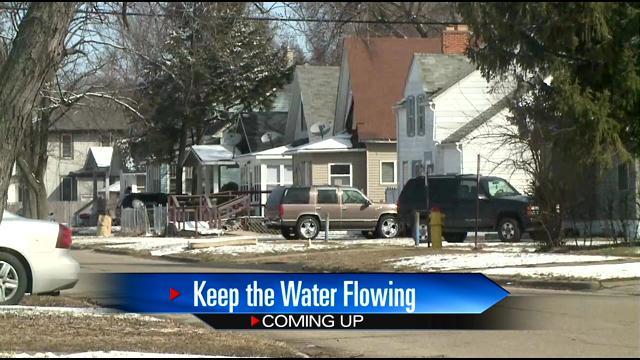 The city of Benton Harbor announced earlier this week residents' water bills will be adjusted if they drip the water from their faucet until April 13. The city is trying to prevent water pipes from freezing.

In order to be eligible for the deal, residents must call the finance department at City Hall this week.

Watson said, “We're not out of the proverbial woods yet. Because you may have 45 degrees during the day but it's 18 degrees at night. So that constant ebb and flow of weather can cause frost to be pushed down.”

Although it's technically spring, there can still be frozen pipe problems according to Watson.

Watson said, “They need to inform us that 'I'm going to drip my water because I've either had an experience' or 'I don't want to have an issue with it,' and then we will look at historical data on their account and adjust their account based on that data to what it normally is.”

Watson hopes this will save taxpayer dollars in the future so they don't have to thaw out the water mains.

Steve Fletcher was without water for 3 weeks this winter. Eventually the city split costs with residents to fix frozen underground pipes.

Watson said officials are working to attack the greater problem.

The City of Benton Harbor was rewarded a grant to fix two water mains on Cherry and Summit Streets that are over 150-years-old.

Watson said, “We got awarded a total of about $900,000 to do some activities and two of which are water main replacements that we know we've had issues with!"

Watson noted that they requested to fix 7 water mains in total, but he said aging infrastructure is a problem across the state.