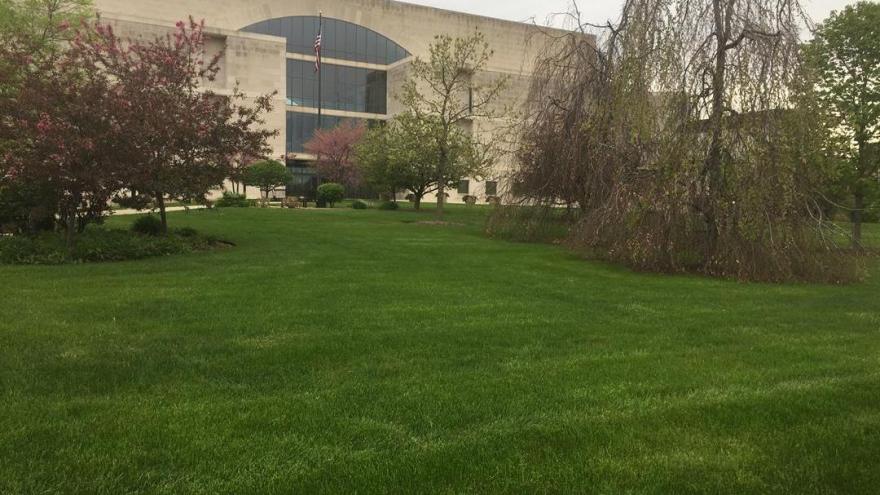 The now former Notre Dame student who filed a lawsuit against the university after being kicked out appeared in court Friday for the first time. ABC 57 has the exclusive coverage.

The student, referred to in proceedings as John Doe, is asking the judge to order the University of Notre Dame to allow him to take his two final exams, which are scheduled for May 8.

Currently, he’s not allowed to complete the semester, since Notre Dame dismissed him for multiple Title IX violations.

To clarify, even if the judge does grant his requested relief, the university still reserves the right to withhold his Finance degree in accordance with the sanctions.

For the past year, two seniors engaged in a turbulent relationship in which John Doe sent his now ex-girlfriend, Jane Roe, a series of text messages threatening to kill himself.

In October, Roe complained to the university.

The next month, the Deputy Title IX Coordinator opened an administrative investigation into Roe’s harassment allegations.

Per the university’s policy, officials notified John Doe that Notre Dame was raising policy questions about his behavior.

On February 24, the Office of Community Standards held a hearing to determine whether or not Doe indeed violated university policy.

On March 20, OCS handed down their 16-page decision to John, alerting him that he was found to have committed dating violence and stalking, among other charges, or “policy questions.”

Because of that decision, Doe was dismissed from the university, within weeks of graduating.

He submitted a request for a case review in April and was denied.

Friday, his attorneys argued that he was treated unfairly throughout the investigation and hearing processes.

Now, because of this alleged inequitable treatment, they say he is in danger of suffering irreparable  damage to his transcript and could even lose the post-grad job he secured.

The University of Notre Dame, on the other hand, says they have a “robust process” that is held up as an example for universities across the country.

The Deputy Title IX Coordinator who worked on this particular case, Heather Ryan, explained the extensive process for the courtroom Friday.

Once the Title IX department is notified of an alleged violation, they ask the complainant if he or she wants to proceed with an investigation.

If the complainant says ‘yes,’ they begin to gather information and notify the respondent that a complaint has been lodged against him or her.

John Doe and the university disagree about their communicativeness throughout the process.

Doe claims he was left in the dark for weeks at a time, while officials responded promptly to his accuser, Jane Roe.

A core component of Notre Dame’s case against John Doe lies in thousands of texts that Jane Roe curated and handed over during the investigation.

For Friday’s hearing, Doe’s attorneys subpoenaed Roe to fill in those gaps with the rest of the transcripts, which unearthed thousands more texts between her and her ex-boyfriend.

His attorneys also presented new evidence that Doe submitted with his (denied) request for a case review.

It includes two short video clips, in which Jane Roe can be heard saying, “I want him to never be able to have a social life or girlfriend at Notre Dame or St. Mary’s.”

Notre Dame asserts that it’s unclear whom Roe was describing.

Doe’s attorney’s also brought up an example of when Roe accused Doe of violating the no contact order that comes with a Title IX investigation.

One of John Doe’s witnesses said he saw Jane walk by him and Doe in the hallway one day.

Minutes later, Notre Dame police pulled Doe out of class asking him about violating the no contact order, which he and the witness denied.

Notre Dame did not find him guilty of violating the order.

Doe also filed counter-complaints throughout these proceedings, accusing Jane of using the process to retaliate and harass him.

The judge, attorneys, and Notre Dame officials were all in agreement that these back and forth complaints and the circumstance of this long-term relationship change the nature of this case.

Another point Doe’s attorneys suggest should have changed the nature of the case is the fact that Doe’s suicidal iterations classify him as having a disability.

His attorneys asked the Deputy Title IX Coordinator whether or not their investigation process changes to accommodate people with disabilities, and she said yes.

However, she said, in this case, she did not receive any formal reports of Doe having a disability before the hearing.

Prior to the hearing, Doe had been seeing a university therapist for months to get help with his depression and suicidal thoughts.

Per university policy, mental health counselors are not permitted to appear as witnesses at hearings.

The Director for the Office of Community Standards, Ryan Willerton, said  that while that may be the case, the panel did review a letter his counselor submitted.

In regards to the panel’s decision, Willerton said it’s important to remember Doe has not been permanently expelled.

They recognized that he is working on changing the behaviors that landed him in his current position, so he will be able to reapply in one year.

The judge told counsel that his goal is to make a decision about the relief request by May 8, the date of Doe’s finals.