Web Extra: We the People

As the midterms rapidly approach, voters are preparing to head to the polls and cast their ballots. ABC 57's Evan DaCosta highlights the issues that matter to a few voters across Michiana below. 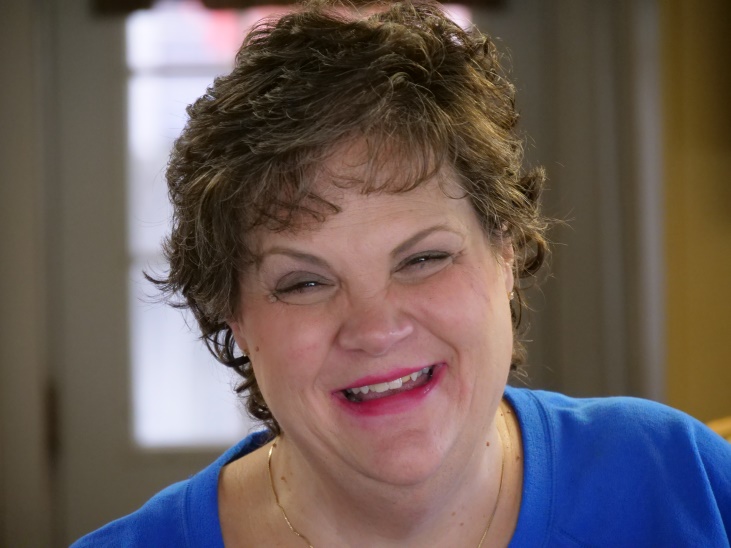 Joyce Bashara, the owner of the Brew Ha Ha coffee shop in Niles, MI, said that healthcare and insurance are the primary issues she’s focusing on during this election.

As a small business owner, she is unable to provide benefits or insurance to potential staff members, which she regrets. “I think the big thing is insurance and medical costs. I mean, I’d like to be able to offer benefits and have a staff but I can’t do that. My daughter is a great example: I’d hire her in a heartbeat, but she needs insurance. And you can’t afford to be sick, but you also can’t afford insurance.” Joyce believes that it is everyone’s duty to vote, and has been an active registered voter since the age of 18.

“I’ve always been a voter since I could be, I think it’s important, you know if you don’t vote you can’t complain. Not that I’m a complainer, but it’s an important thing for everybody to do. But you also need to be an informed voter; don’t just go pull the lever for your party like you have to do in a primary. Vote for the person. Vote for the issues. Don’t just [say] ‘Oh well this guy is a Democrat, this guy is a Republican he’s good’, that’s not necessarily true. I mean, whatever party you are the other party might have a better candidate, that does happen. Vote the person, vote the issue, not the party.” 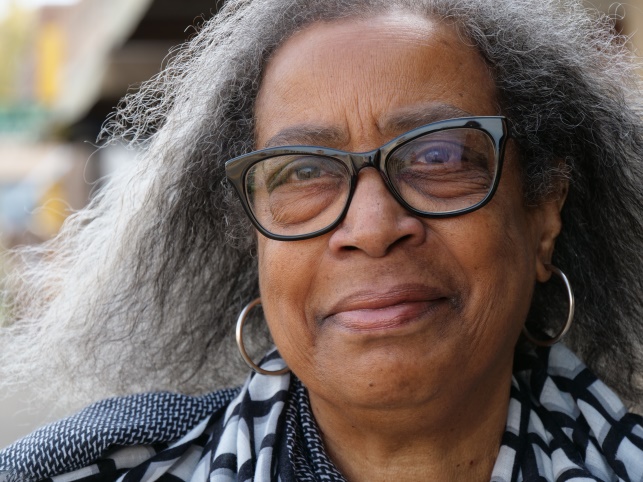 Clara Lee, a retired state employee in Michigan, spent her career helping others. She served the public for 20 years in Michigan’s welfare office, and believes that it’s important for people to get involved in their communities.

“I like politics when we have politicians that love the community and care for the community. Especially in a small area like this, you want someone elected who’s going to improve the community. I watch the news and I’m satisfied with some of the politicians and some of them I am not. But you know they’re doing what they can do, they try to make improvements, and the people have to get out to vote in order to make changes.”

Clara is concerned about the lack of coverage southwest Michigan politics get; she can’t remember the last time a prominent politician visited the area, and most of the local news stations are based in Indiana and focus on Indiana campaigns. For Clara, the biggest thing she looks for in a candidate is honesty. “Learn to love the people and tell them the truth. If you say you’re gonna do something for them, do it. Because we depend on their promises.” 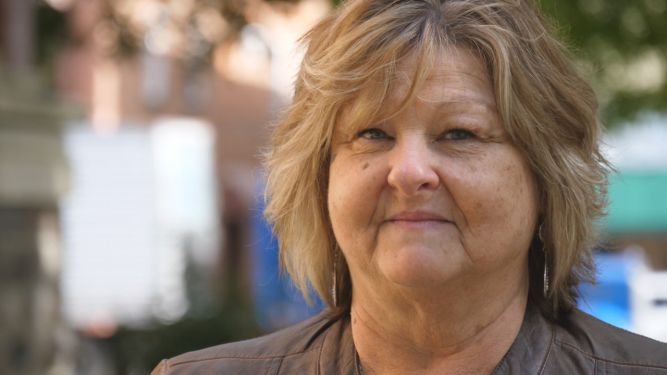 Bonnie Brown is the clerk of the LaGrance County Circuit Courts and a proud Hoosier. She was inspired by the turnout of voters in 2016, and continues to be inspired by the high numbers of young people registering to vote.

“I believe [the excitement] stemmed from 2016, the general Presidential election, and it’s carried on through. This is predominantly a Republican county, so I believe that had a lot to do with the 2016 turnout. And both parties, in my opinion, worked very hard to make that happen. We noticed a lot of younger age people turning out, more so, so that’s inspiring.”

Bonnie believes that parts of the Midwest are often ignored in the national political conversation, and that the most important thing for voters in LaGrange County is “to have a voice, to be heard.”

“I’m hoping that the next generation is- well obviously they are, they’ve been wanting their voices heard. And I like seeing that on the news, when they all join together. Cause that’s what’s important.” 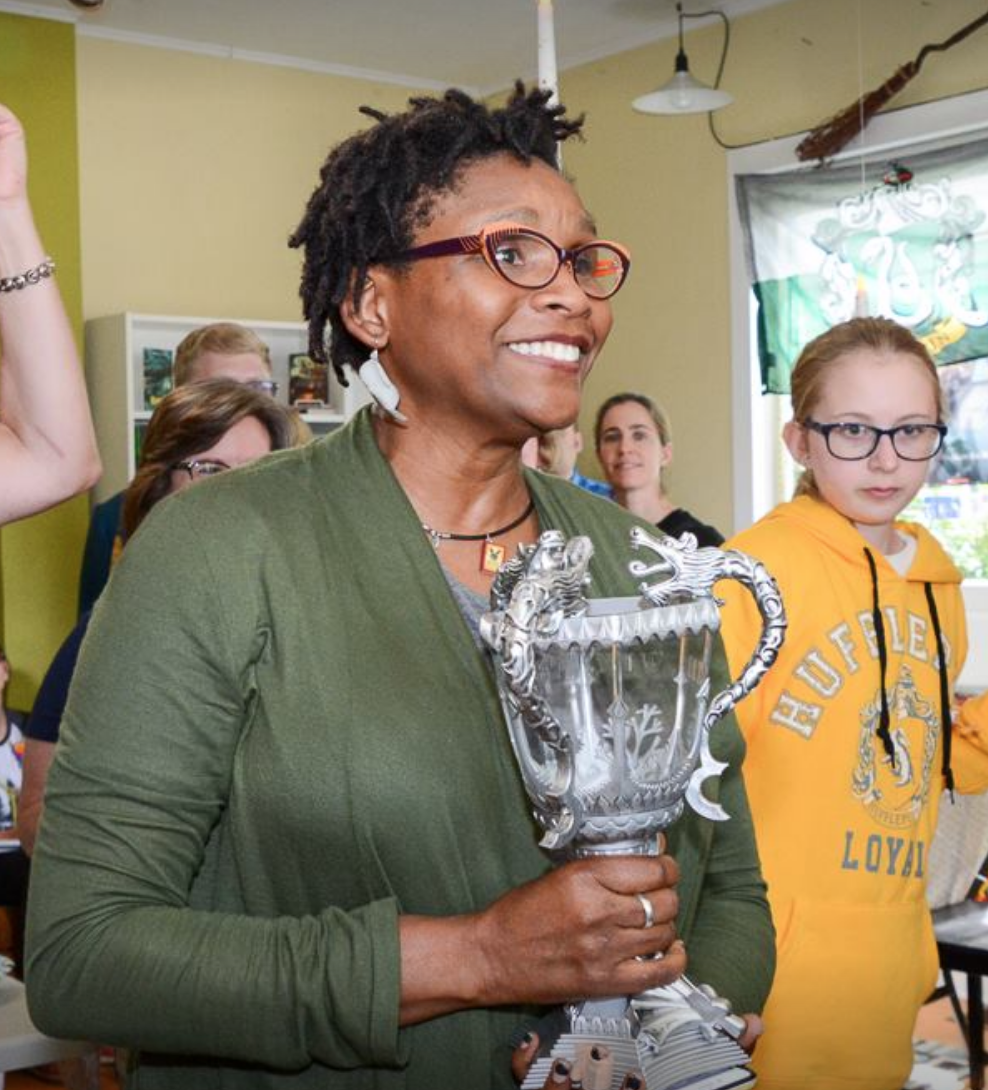 Kathy Burnette, a small business owner in South Bend, believes that the state of American civil discourse needs to be drastically improved before meaningful political change to take place. Civil discourse, according to Kathy, is nearly non-existent in the current political climate.

“I don’t think we have any. We don’t have any civil discourse because we’re so divided; we get stuck on certain words: Democrat, conservative, whatever. We get stuck on the words and forget that we’re all just here in America and that our goal should be to raise everybody up and not just some people.”

Kathy thinks that in order to improve national political dialogue, we need to educate children on the topic from a younger age.

“In schools, instead of us trying to just cram information that they can memorize, let’s talk about things, let’s work on transferable skills, such as having a conversation. Going beyond opinion, finding some information to support what you’re talking about, and then going back and forth [to] reach some kind of understanding or agreement.” 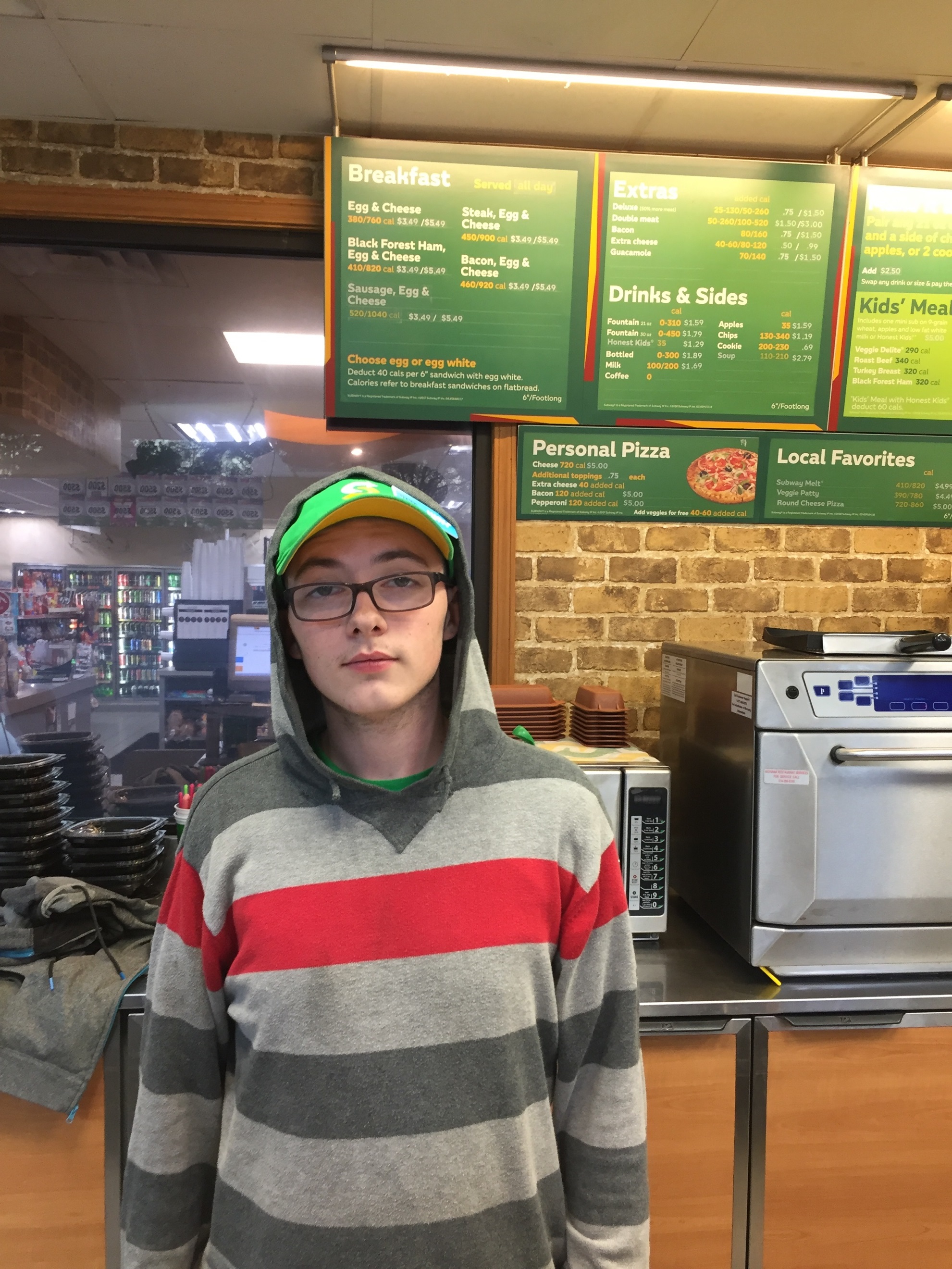 Nathaniel Richardson, a young voter who works at a Subway Restaurant in Roseland, is looking for honesty first and foremost in a politician. He believes that honesty and genuineness in a politician will help the current state of American political dialogue.

Nathaniel wants someone who truly cares about the community, and someone who knows his or her constituents well. He also believes that Indiana and the Midwest are often overlooked as important political constituencies, and that his vote may not mean as much as the votes cast in more populous locations.

“Basically, if I cast a vote, right now, it’ll be less likely to be seen than places like California, LA, Texas, places like that. I do not feel like my voice is quite heard.”