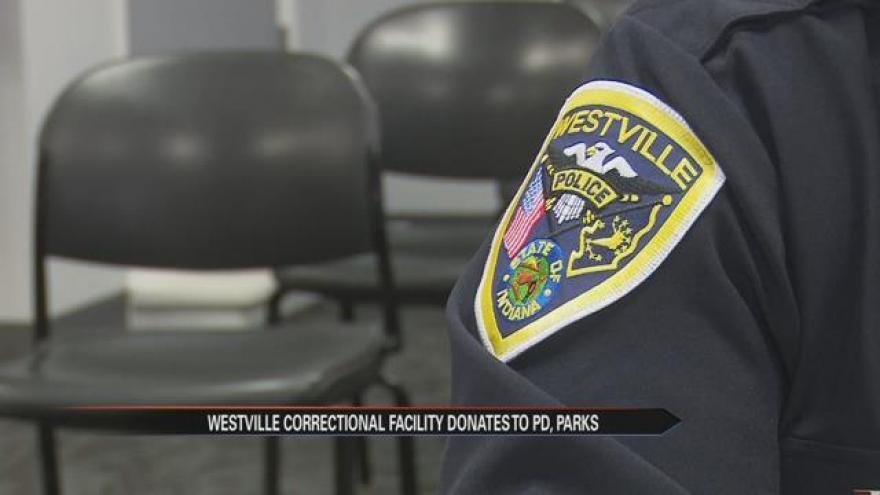 A small Michiana town is taking big strides toward a more inclusive community, and it’s all thanks to the town’s inmates.

Their local inmates are using their time to make an extra dime for the community.

“There are various events that we end up holding with the inmates…The profits from those sales end up coming back to the facility, and then they are donated to the local communities and agencies,” said Westville Correctional Facility Public Information Officer, John Scrader.

This year, that donation’s going to the Police and Parks departments. They get $2,000 apiece.

“I’m very excited. I feel very blessed, just because when is it ever that easy? You know what I mean?” said the Parks Liaison for Westville’s Town Council, Olga Pecanac.

The Parks Department will be upgrading Prairie Meadow Park to be ADA compliant.

“My goal now is to get more ADA equipment, because everyone deserves to play, regardless of their age…We don’t even realize the disabilities in our area, and it’s so easy to ignore and take for granted,” said Pecanac.

And police think everyone deserves to know what they do every day.

“Something that I told the town board that I wanted when I was hired is that I wanted transparency. Police work isn’t top secret. We’re not doing anything outrageous,” said Marshall Mercer.

So Marshall Mercer, who prefers to just be called Darin, is turning that $2,000 into a Citizen’s Police Academy.

One part of the new academy will be a drive behind the wheel of a squad car.

“Well what I would do is we’re going to put the student in the driver’s seat, and then we’ll give them a brief explanation of everything you have going on here all at the same time. like you have to radio your traffic stop in,” said Mercer.

“This is a small community. If we don’t cater to everyone, we’re going to lose people. We’re going to deteriorate. We have to make sure we’re providing a little bit of something for everyone,” said Pecanac.

The marshall says that he hopes to kick off the Citizen’s Academy in late summer/early fall.