Derecho Download: The details behind one of the weather world's most destructive systems

Derecho Download: The details behind one of the weather world’s most destructive systems

The Midwest is still reeling from Monday's severe weather. Tornadoes and straight-line winds over 80 mph caused power outages, destroyed millions of acres of crops, and left many still cleaning up their homes and businesses days later.

With all of the destruction, it's natural for people to ask, "what was that?"

The answer is a weather term that's been around for years but may be new to you: a derecho. Derived from the Spanish word for "straight," it's a long-lived, devastating wind event that stretches over 250 miles. Most of the destruction comes from straight-line winds of more than 75 miles per hour, but (usually brief) tornadoes can also form in derechos. Two EF-1 tornadoes formed across Michiana on Monday. 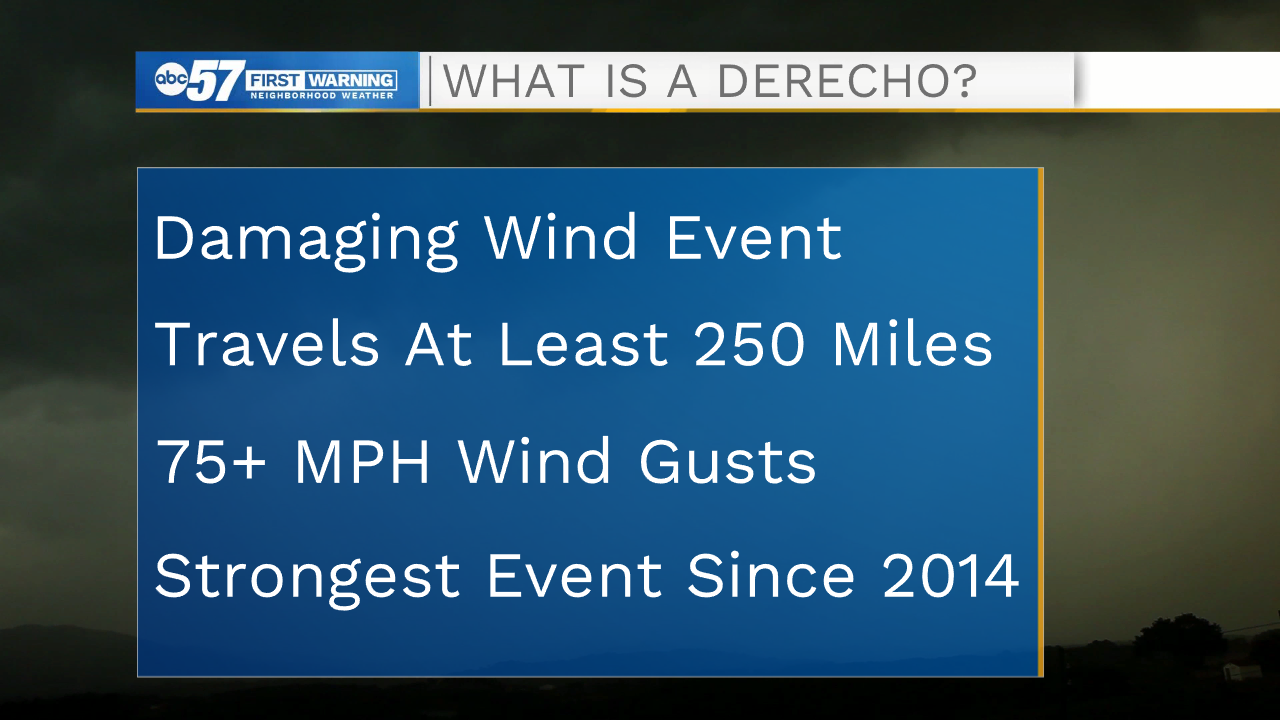 With nearly 1,000 storm reports across the Midwest and tens of millions of dollars worth of damage, this is the easily the most significant derecho since 2014 for the broader region, and locally in Michiana, too.

Here is a look at storm reports across Michiana from Monday's severe weather.

It might be hard to believe, but these mammoth severe weather makers often start as a cluster of thunderstorms far away from Michiana.

While the weather set-up varies, one thing all derechos have in common is they form and move through areas with extremely high storm energy. In Michiana on Monday, abundant sunshine allowed for an extremely dangerous storm environment to form. All it took was for storms in Iowa to break through the atmosphere's "capping" layer for a giant bowing thunderstorm complex to form. Often, the type of derechos that impact the Midwest (called progressive derechos) form very quickly and are hard to forecast. And once derechos do form, they quickly become behemoths that sustain themselves until they lose their energy source (usually late at night). 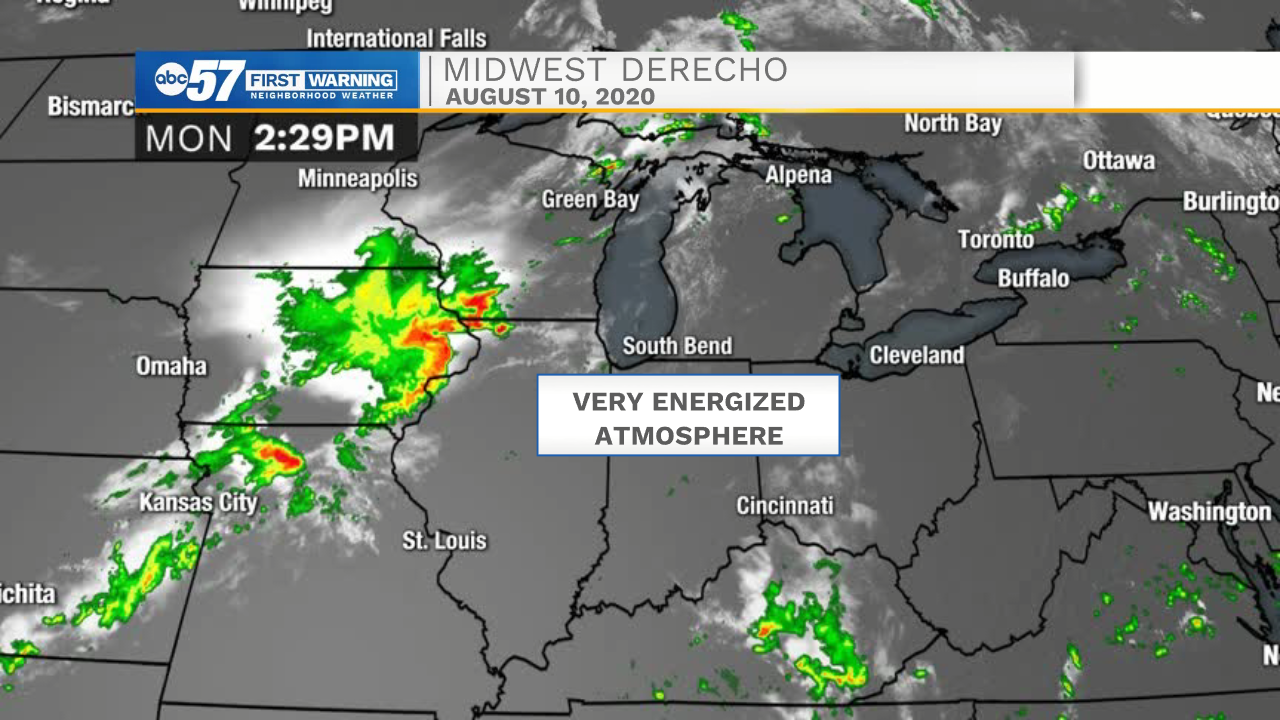 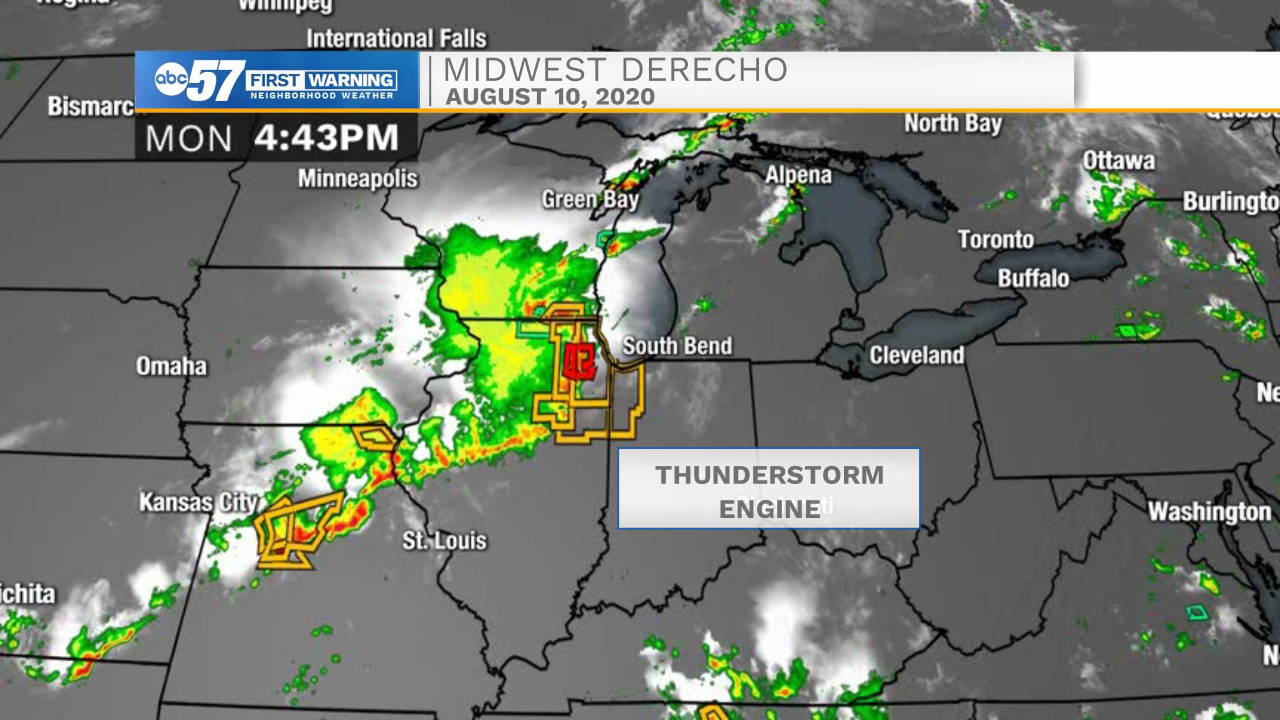 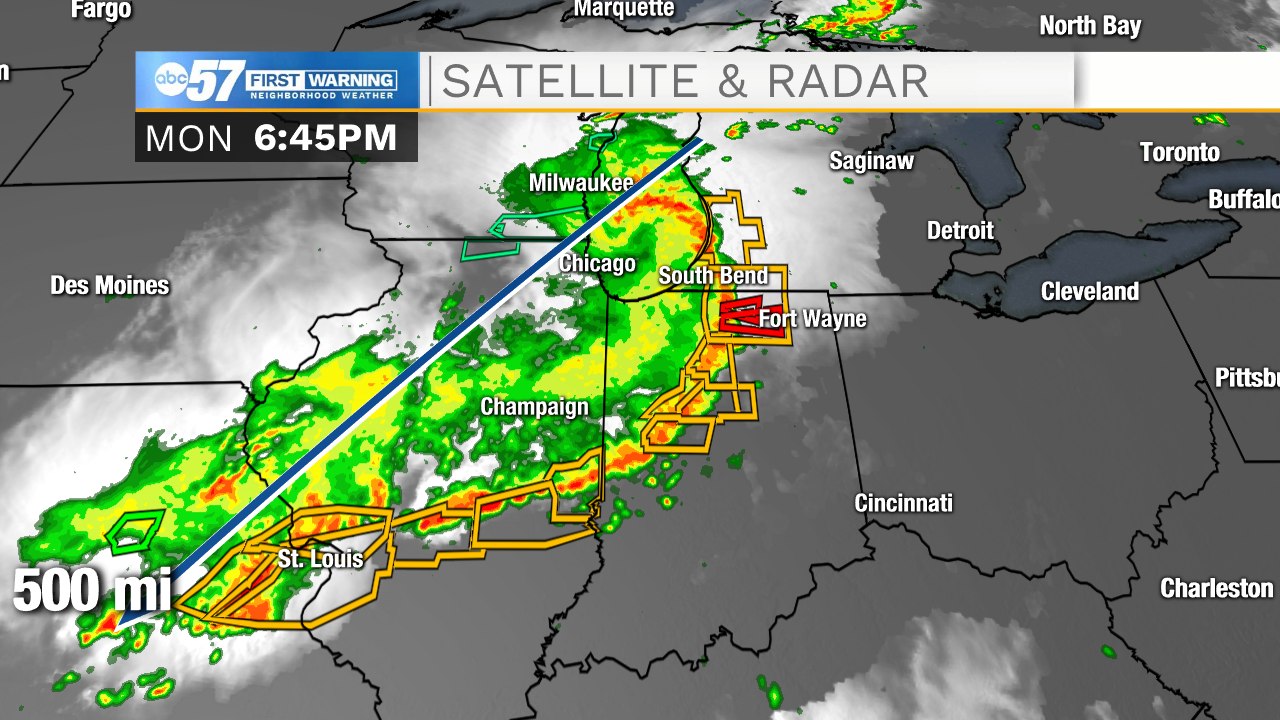 Derechos are fairly common in the Midwest, with about one occurring every year or two years. However, not every derecho that forms is this historic. 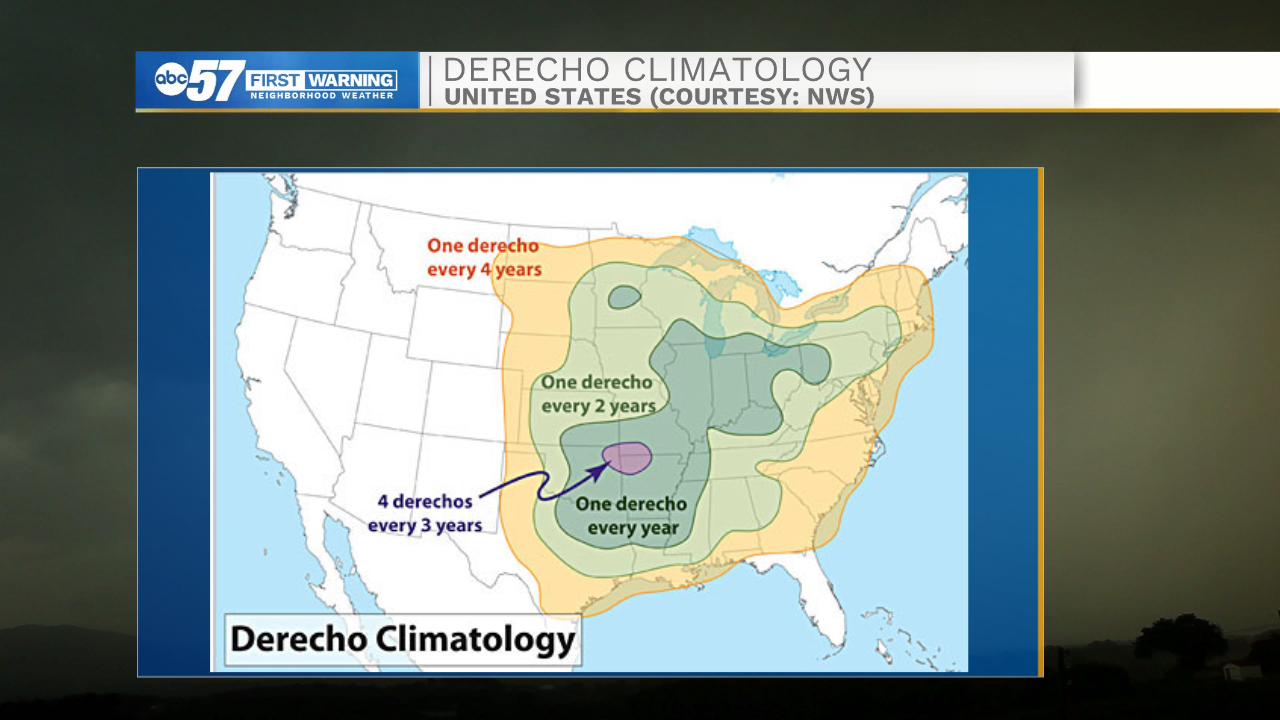 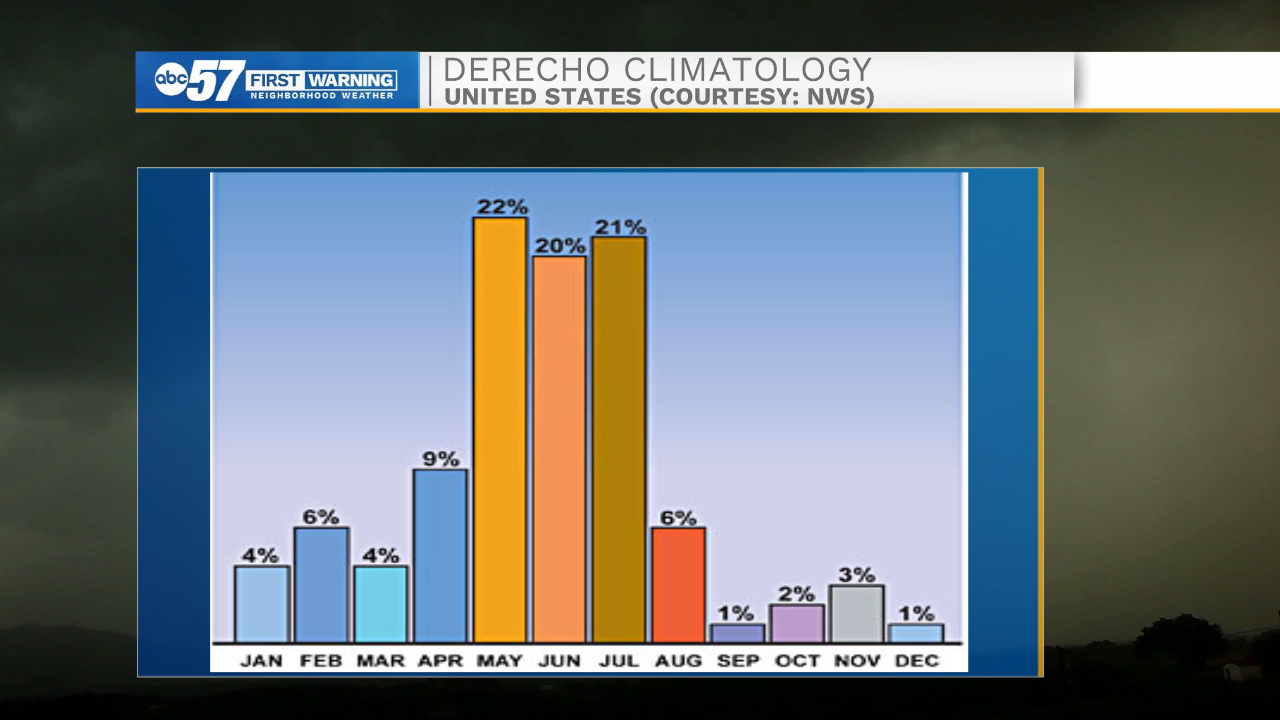 Interestingly enough, the previous two major derechos to impact Michiana over the last ten years (in 2014 and 2012) both happened on the same day: June 30th.

No matter the month, derechos always bring destruction and devastation wherever they go. Hopefully, it will be quite a while before another one visits Michiana skies.