What is a Wichita State Shocker? 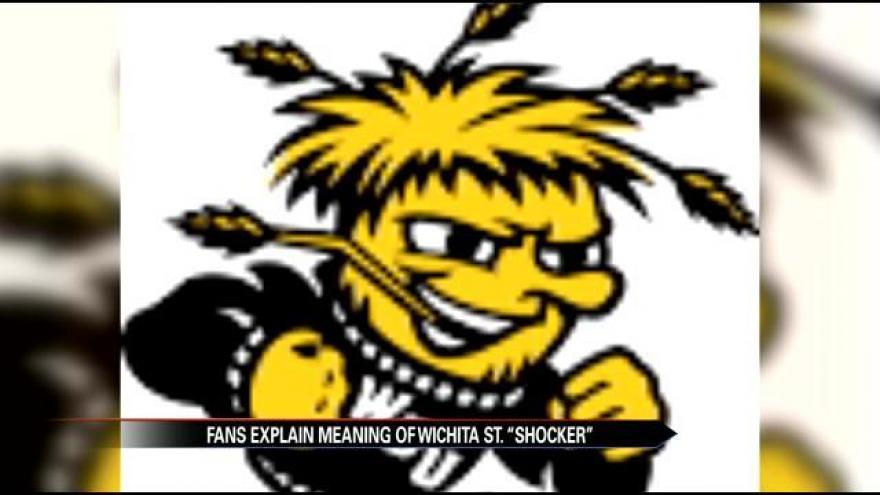 CLEVELAND, Ohio - Many Notre Dame fans have been wondering what a Wichita State Shocker is. ABC57 hit the streets of Cleveland and asked “What is a shocker?”

"The Shocker, it goes way, way back our school was started in 1895,” said Dave Sproul, Wichita State fan.

"[The university] was out at the edge of a wheat field on the east part of Wichita and to make extra money, the students would go out and shock wheat,” said Sproul.

"Why should you be scared of the shockers? We're incredibly driven, we've got a Midwest mentality so a Midwest work ethic,” said Jamie Krumsick, a Wichita State fan.

In the late 1940s-a student gave the scowling, black and yellow bundle of wheat its name.

"Not intimidating at all,” said Kelly.

Shocker fans say they're tougher than you think.

"Shockers, they don't pride themselves on being a pretty team, a shocker is not a real pretty thing, it's aggressive, it's angry and it's mad and if you're going to tango with anything, it's not a shocker. And that's a shocker. You got it?" Brandon Brigham, a Wichita State fan.

Wichita State's mascot originates from a time when the university was simply known as Wichita University.

The football team's manager came up with the name because so many football players harvested or shocked wheat to earn some money in the off-season.