What is the Spring Equinox?

NOW: What is the Spring Equinox?

Today won't be the first full day of the spring season, since the spring equinox takes place at 5:58 pm. And that may sound weird to you. Why does a season start at such a specific time? Well, the beginning of a season is determined by the earth's orientation to the sun. We all know that the earth is tilted at an angle of about 23.5 degrees, which gives us our four seasons. Summer starts for us when the core of the sun's rays shine on the northern hemisphere and winter is the exact opposite. Now, fall and spring equinoxes mark the exact time when the sun's rays shine right in the middle, on the equator. 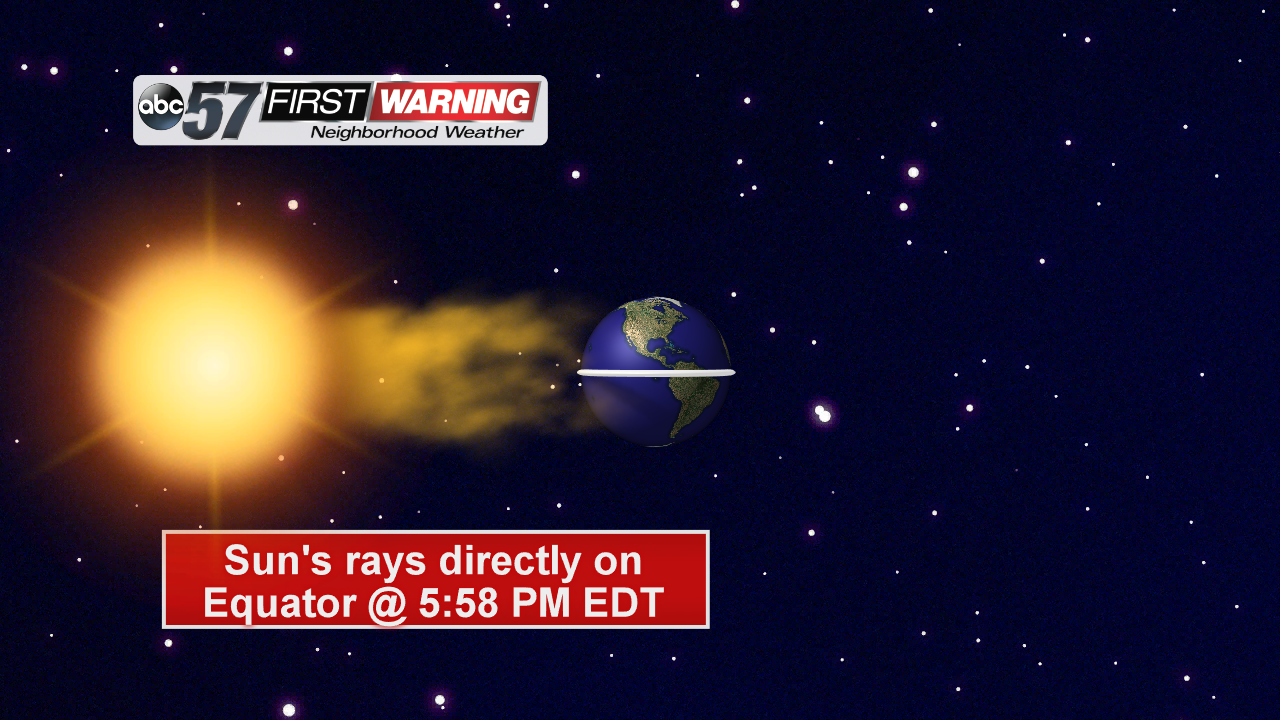 Notice how the Sun is lighting up only half of the earth on the day of the equinox, while the other half is in total darkness. During both equinoxes, most of the earth sees equal amounts of day and night! 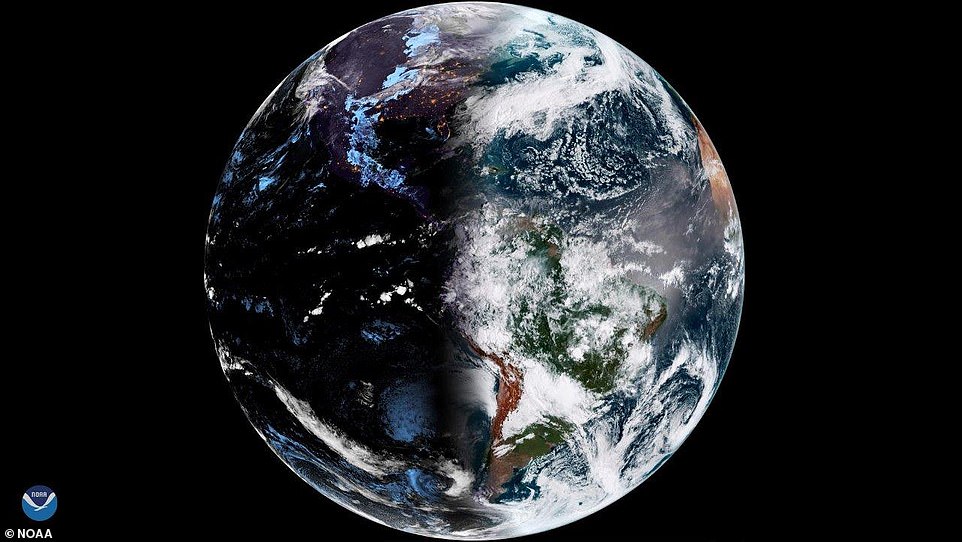 And the spring equinox isn't not a set date. It's been moving and shifting a couple of days over the past decade just thanks to how our calendar and years are set up. We all know too that one year is 365.25 days, so it's not a whole number. Leap days and years every 4 years keep our calendar in line with the seasons. And the other planets close to earth can cause our position to wobble some, putting us slightly behind or out-of-place during certain years. 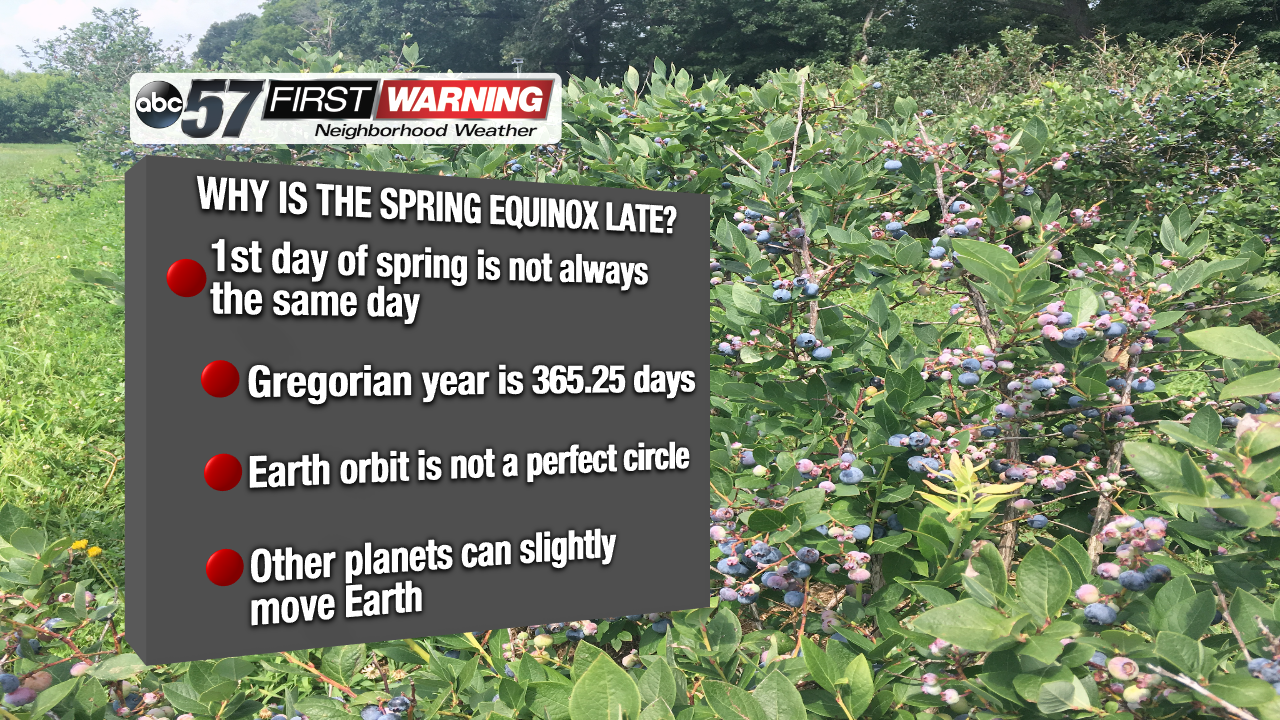 Spring starts today and that means that consistent 40s and 50s are here to stay with even warmer weather not too far behind. But, looking down the road to April, May, and June, temperatures are expected to be all the board for Michiana. We have equal chances of normal, above, and below temperatures over the next three months. That could be because of how the jet stream will be orientated over the spring season. A portion of it could be draped right over or near michiana, resulting in big swings and round of showers and storms thanks to lows riding the jet. 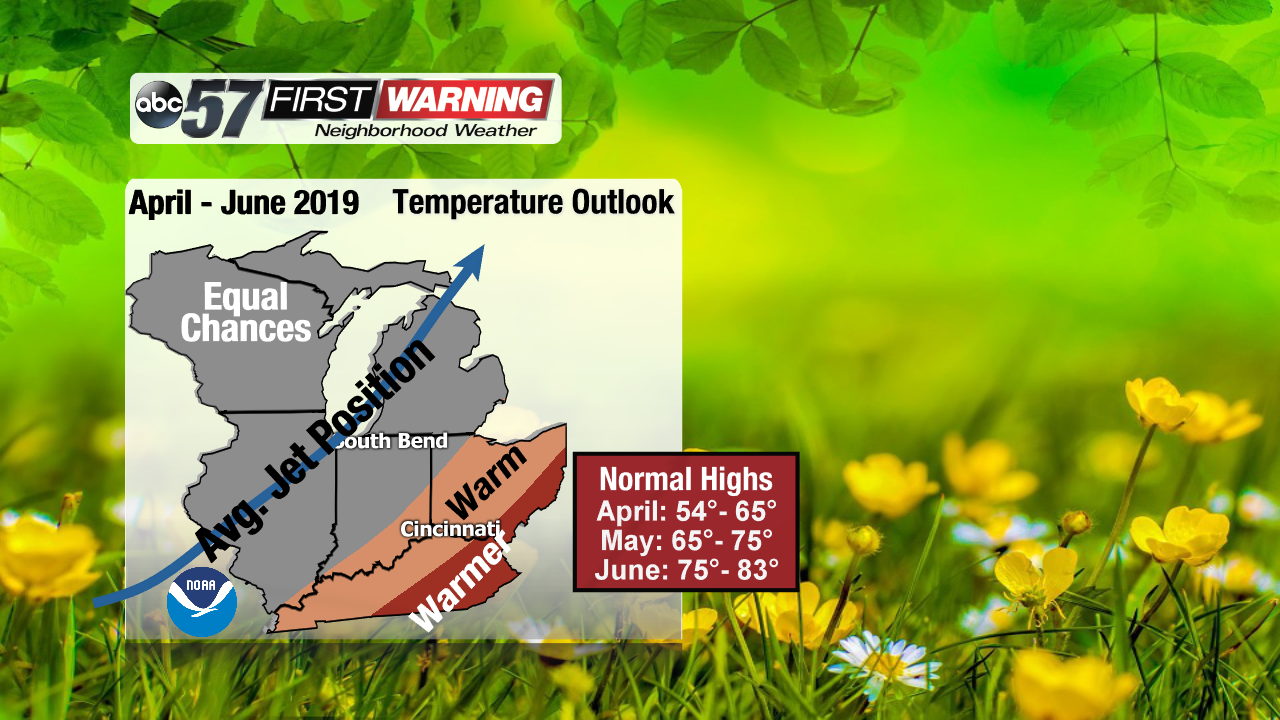 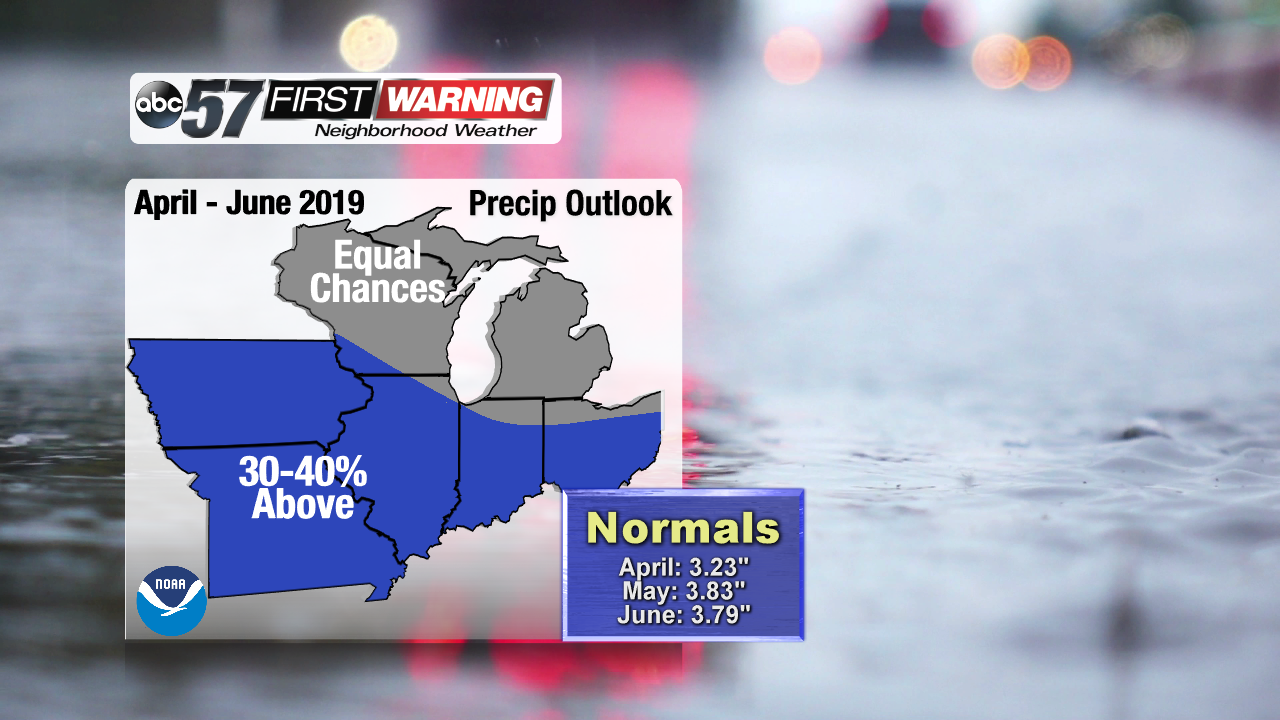 And speaking of showers and storms, it could be a wetter than normal spring and early summer. Michiana is still in the "equal chances" category but expected wetter than normal conditions are not far away. Of course, around this time of year, flooding is something that could be a problem, and we do have a risk of some minor flooding this season. That's something we'll always be watching closely.