What's up with the wild fall weather we've seen lately? 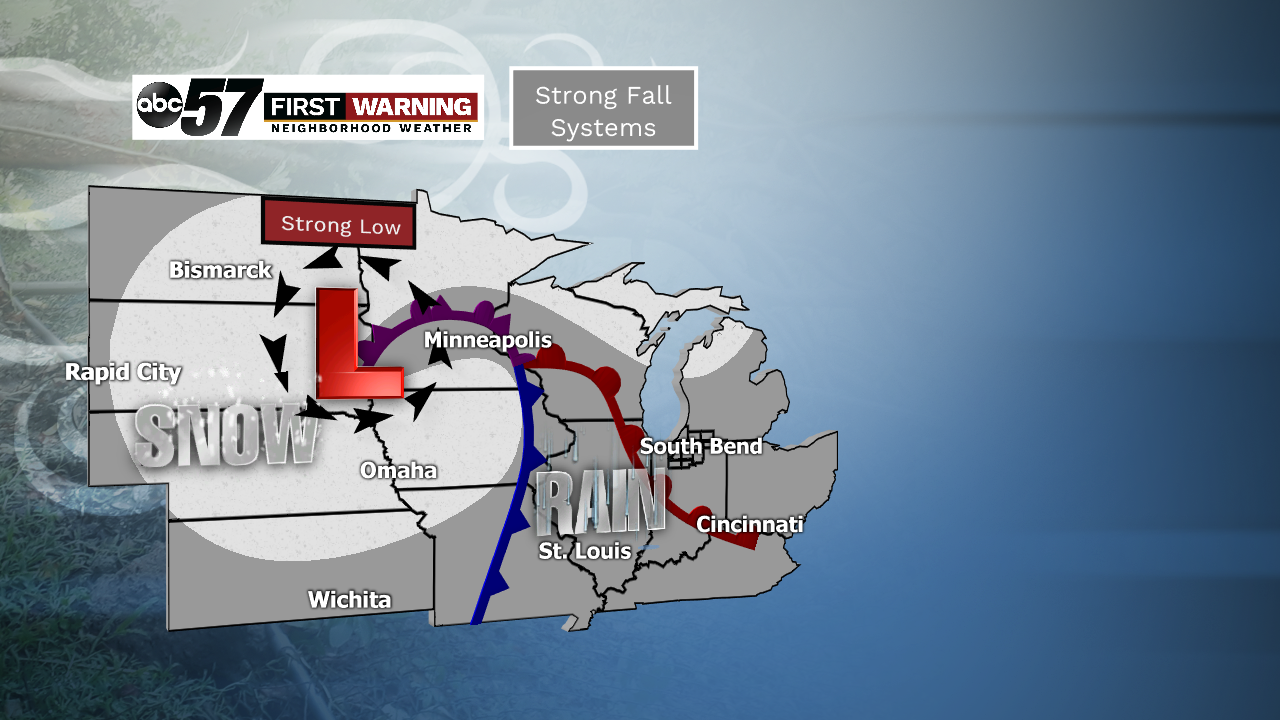 Has it seemed especially windy lately across the area? Well, that's because it has been courtesy of a pair of major fall storm systems that have moved across the Midwest and Great Lakes.

Each of them brought rain, a few thunderstorms, strong wind gusts, and very powerful waves up on Lake Michigan.

These "fall systems" develop and become potent across the nation's midsection because of the battle between summer's last gasp and cold air attempting to push south from Canada.

When the two temperature extremes collide, you can get these very large storms.

They typically form in the Plains before pushing into the Upper Midwest and Great Lakes. An example of one's path would be from Nebraska to Minnesota to the Upper Peninsula of Michigan. 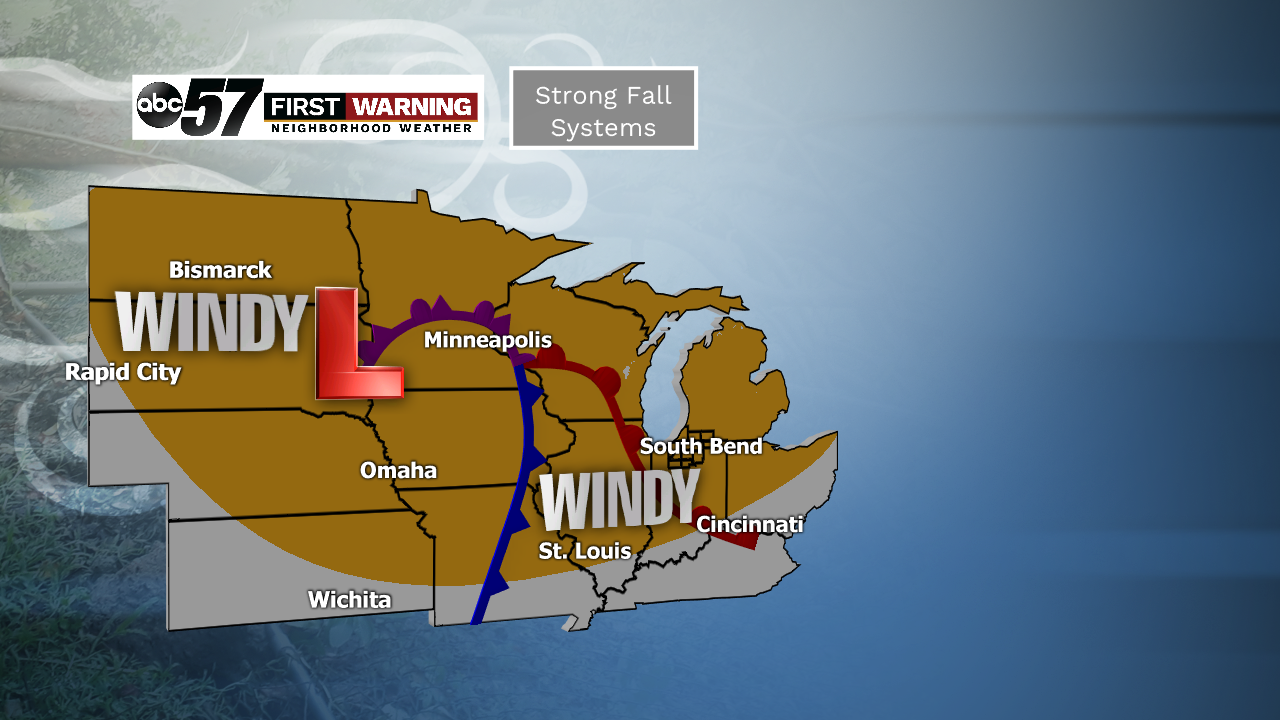 And when you get one of these storms, the impacts in Indiana and Michigan are typically strong to very strong winds, powerful waves on Lake Michigan and rain.

Occasionally we can see damaging wind gusts over 55 mph, thunderstorms and sometimes even worse.

“We can see heavy rainfall for one. And it can be a severe weather event. We can have a tornado outbreak like we did just some five, six years ago when we had several tornadoes across the state of Indiana,” said Mark Frazier, the Meteorologist in-charge at the National Weather Service in North Webster, Indiana.

But severe weather isn't the only wild type of weather that can be brought about by these systems...

“With these systems during the fall time, you can see an early snow event, let’s say, in the month of November," he told ABC 57 News.

Frazier says it's slightly unusual to see two storms as strong as the ones we've seen within a week of each other, but it's not extremely rare.

Going forward, we can certainly expect to see additional powerful systems as opposing air masses battle it out for supremacy in the Midwest and Great Lakes.