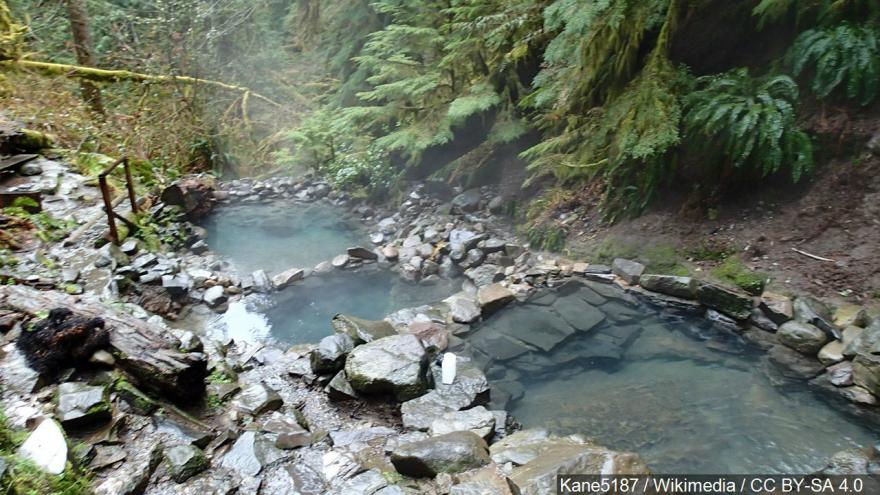 (CNN) -- Forget about the Truffula trees. The Lorax is now saving real-life forests.

A panel of federal judges in Virginia cited the beloved Dr. Seuss character to block the construction of an underground gas pipeline that would cross two national forests and a portion of the Appalachian Trail.

"We trust the United States Forest Service to 'speak for the trees, for the trees have no tongues,'" the panel's ruling states, citing Seuss' orange environmental ambassador.

The decision, issued last week by the Fourth Circuit Court of Appeals, says the US Forest Service failed to preserve national forest resources when it authorized the construction of the Atlantic Coast Pipeline.

The underground natural gas pipeline is being built by Dominion Energy, a Virginia power company, and would stretch 604.5 miles across West Virginia, Virginia and North Carolina.

The Forest Service initially had concerns because the developers would build through a total of 21 miles of Virginia's George Washington and Monongahela National Forests and a right of way across the Appalachian Trail but the agency ended up approving the permit.

In its ruling, the court says the decision was "particularly informed by the Forest Service's serious environmental concerns that were suddenly, and mysteriously, assuaged in time to meet a private pipeline company's deadlines."

The Southern Environmental Law Center, one of the groups that filed an appeal to stop the construction in the forests, said the Forest Service "failed to take a hard look at environmental impacts of the project."

"The George Washington National Forest, Monongahela National Forest and the Appalachian Trail are national treasures. The Administration was far too eager to trade them away for a pipeline conceived to deliver profit to its developers, not gas to consumers," said Patrick Hunter, the center's attorney. "This pipeline is unnecessary and asking fracked gas customers to pay developers to blast this boondoggle through our public lands only adds insult to injury."

"The Lorax," an environmental fable about the titular creature and his fight to save the exploited Truffula trees, was published in 1971.