When do we usually see the first inch of snow?

NOW: When do we usually see the first inch of snow?

A few snowflakes were flying over the weekend and even some sleet was seen scattered around Michiana. That means that winter is slowly coming! But when do we usually see the first inch of measurable snowfall?

Well, that depends on where you live in Michiana. The closer you are to Lake Michigan, the better chance you have of seeing the white stuff earlier. Our Michigan counties and areas right along the Indiana Toll Road, including South Bend, usually see the first inch in time for Thanksgiving. The farther south you live, the later in the year the snow piles up. Parts of La Porte, Starke, and Pulaski counties pick up their first snow somewhere in the first 10 days of December while southeastern Michiana usually is a little bit later.

Some more light snow is falling in Berrien and Cass counties this morning, but the next best chance comes tomorrow morning as more lake effect rain showers could transition into a sleet and then snow as morning temperatures tomorrow are expected to drop towards freezing. Some very light accumulations could be possible in spots, mainly in the Michigan counties, so be sure to leave a little extra drive time Tuesday morning! 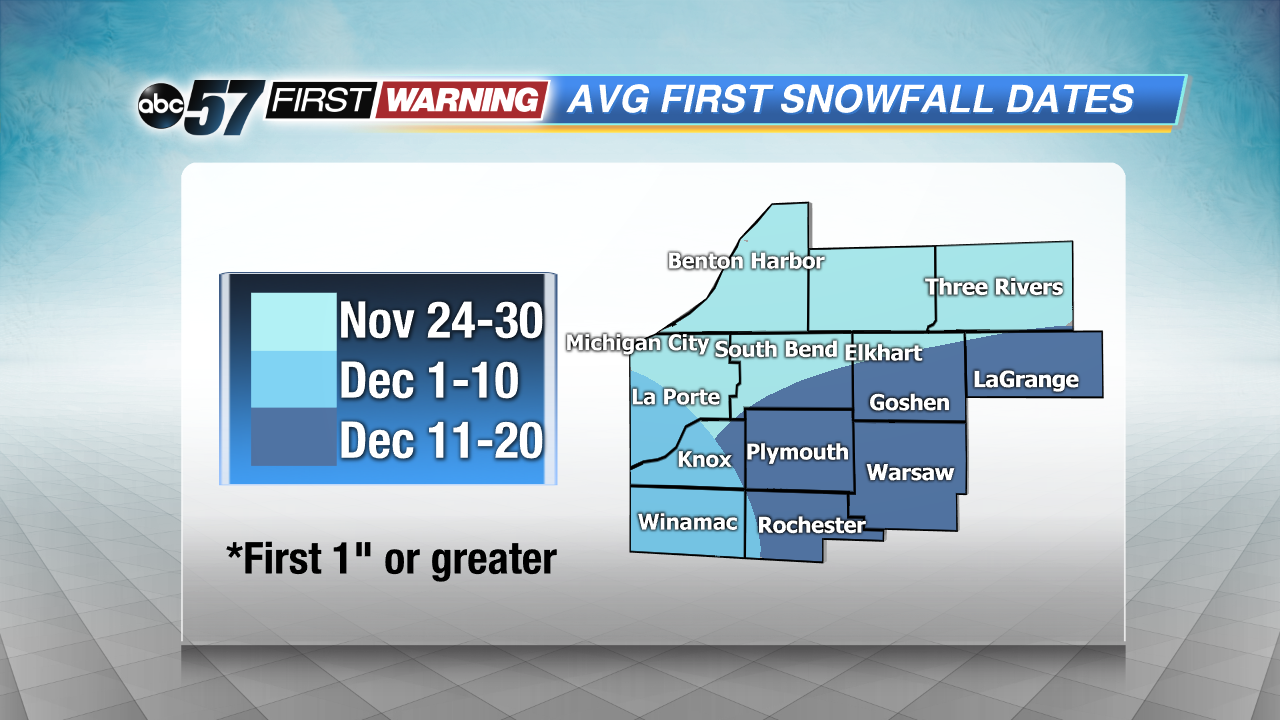 The first inch of measurable snow is coming. Usually, that occurs around Thanksgiving for the northern portions of Michiana.
Share this article: