Whistleblower says he was wrongfully terminated 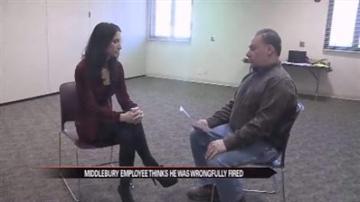 MIDDLEBURY, Ind. --  A Middlebury man says he was fired for doing the right thing.

Second, his wife has been very sick, so he needed to take time off.

It’s an update to a story we first brought you back in April of last year.

“Back in late May early June, my wife had some medical problems,” said Wastewater Treatment Employee James Koontz.

Koontz says he needed to take time off from work to take care of his wife who had fallen ill.

“I used up all of my vacation and sick days helping take care of her,” said Koontz.

So he applied for a Family Medical Leave of Absence, but was denied.

So, when he took the days off anyway, the town council was not happy.

“I was discharged from my job,” said Koontz.

I called the town manager Mark Salee and this is what he had to say about Koontz being let go.

“That is a personnel matter so we are not at liberty to speak on that, so no we do not have a comment,” said Mark Salee.

According to Koontz’ discharge papers; he was fired for excessive absenteeism.

“I was fired for insubordination and unprofessional conduct,” said Koontz.

Koontz says he was never insubordinate and does not think it is fair, he was fired for reporting the incident.