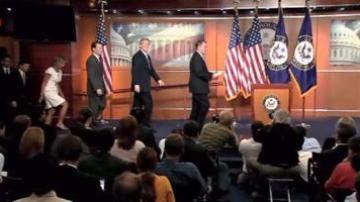 The White House quickly rejected a proposal by House Republicans to avoid the fiscal cliff.

It would reportedly shave more than $2 trillion from the deficit. The proposal includes cuts from programs like Medicare and proposed savings through tax reform.

White House officials say the plan is not fair and balanced and sticks the middle class with the bill. President Obama has said any deal must raise taxes on the wealthy.

Without a compromise, automatic tax hikes and spending cuts are scheduled to take effect Jan. 1.