Who in Michiana is most at-risk for tornadoes?

NOW: Who in Michiana is most at-risk for tornadoes? 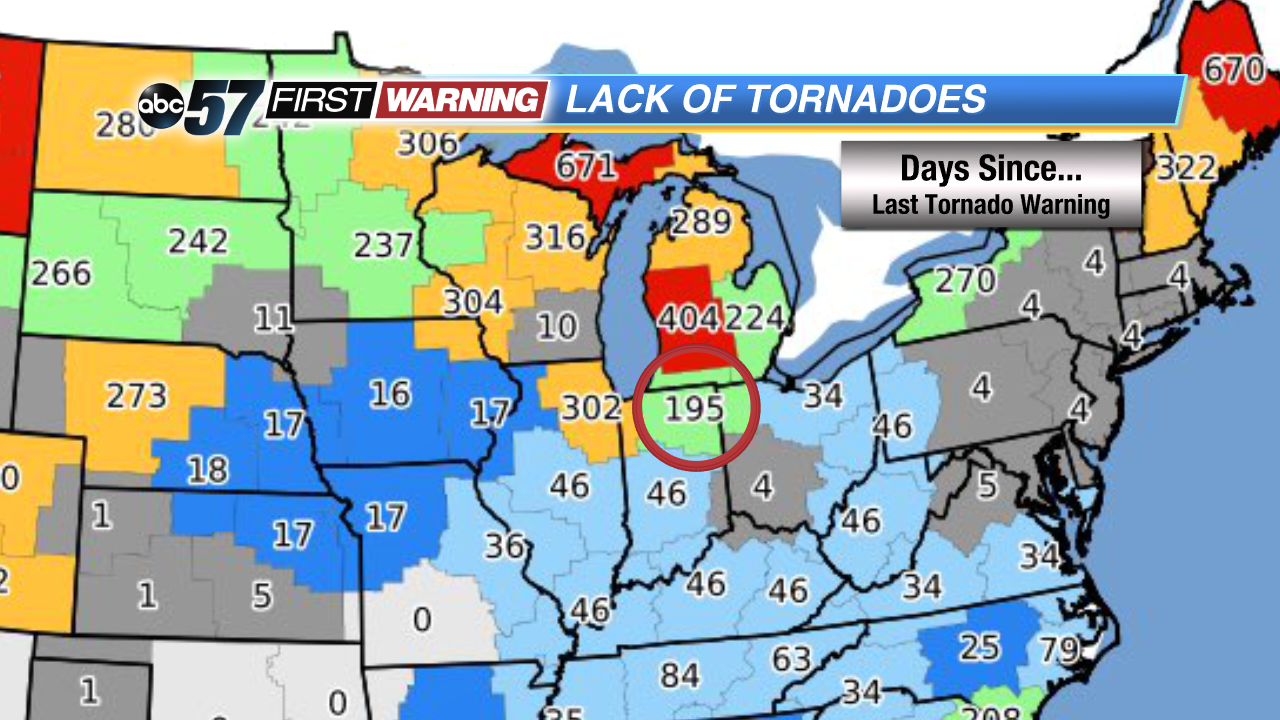 Number of days since a Tornado Warning has been issued by each National Weather Service Office. Iowa State University
The last two years have been very quiet in the tornado department across Michiana. We simply haven't had many days with the "perfect" ingredients in place. You have to go back 195 days to early November of 2017 to get the last time a Tornado Warning was issued by our local National Weather Service Office. Those warnings didn't even include Michiana. They were issued for parts of Blackford, Jay and Grant Counties. The last time a Michiana county was under a Tornado Warning was March 1, 2017. That is nearly 450 days ago! On that day, parts of La Porte, St. Joseph (IN), Elkhart, and LaGrange Counties were put under a Tornado Warning. 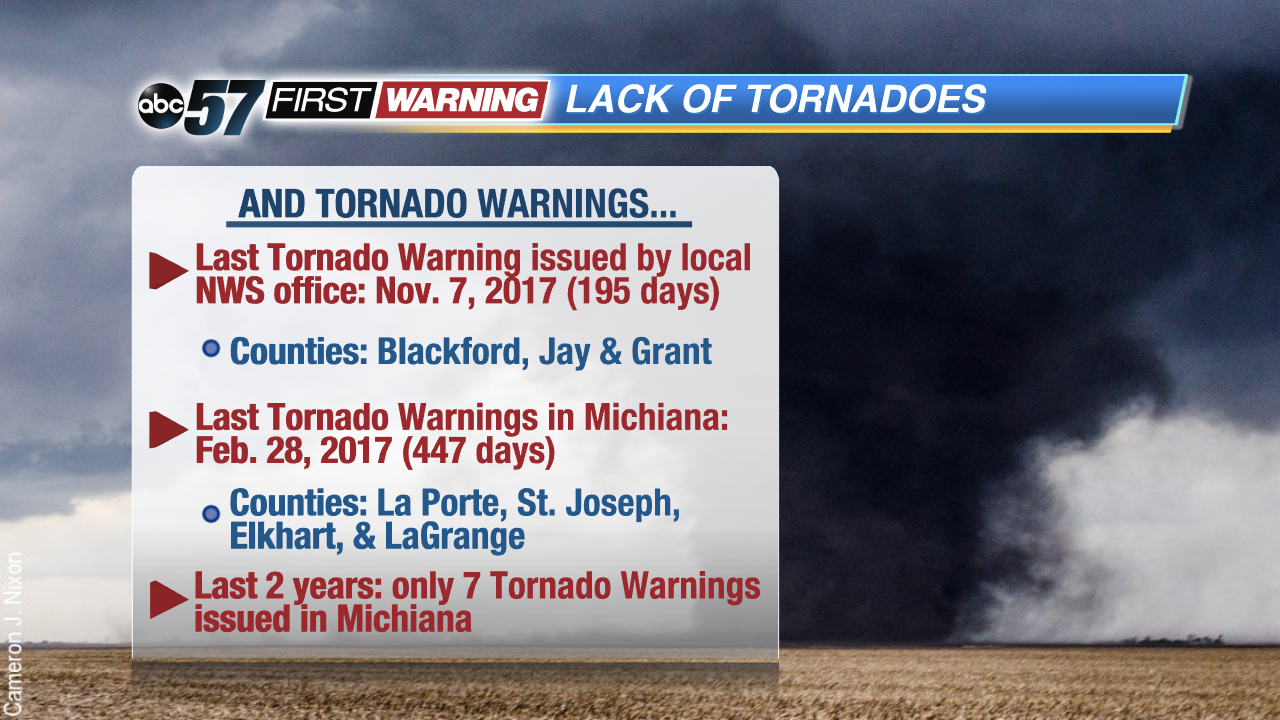 Since May 21, 2016, the Tornado Warning count has been unusually low across northern Indiana and southwest Lower Michigan. It has been significantly lower than it was during the period May of 2005 - May of 2016. During that stretch of 11 years, Michiana averaged more than 7 Tornado Warnings per year. Or, about one every six months. 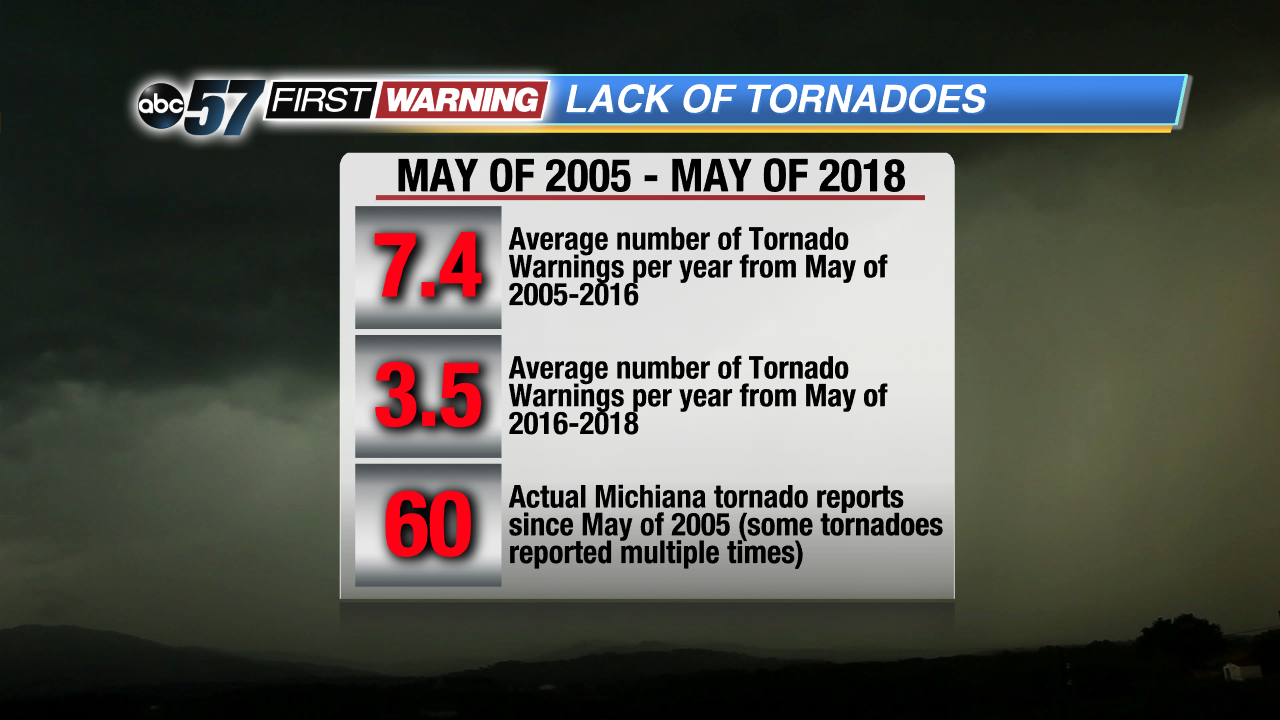 Over the last two years, Michiana has only averaged 3.5 Tornado Warnings per year. That is less than half of what the area saw from May of 2005 to May of 2016. These numbers only deal with Tornado Warnings, though. What about actual reported tornadoes that touched the ground? Well, the story is quite similar. Since May of 2005, there have been 60 tornado reports. Not every single report is a separate tornado. Sometimes one particular tornado can have multiple reports associated with it. Therefore, 60 tornado reports doesn't necessarily mean 60 different tornadoes touched down in Michiana. 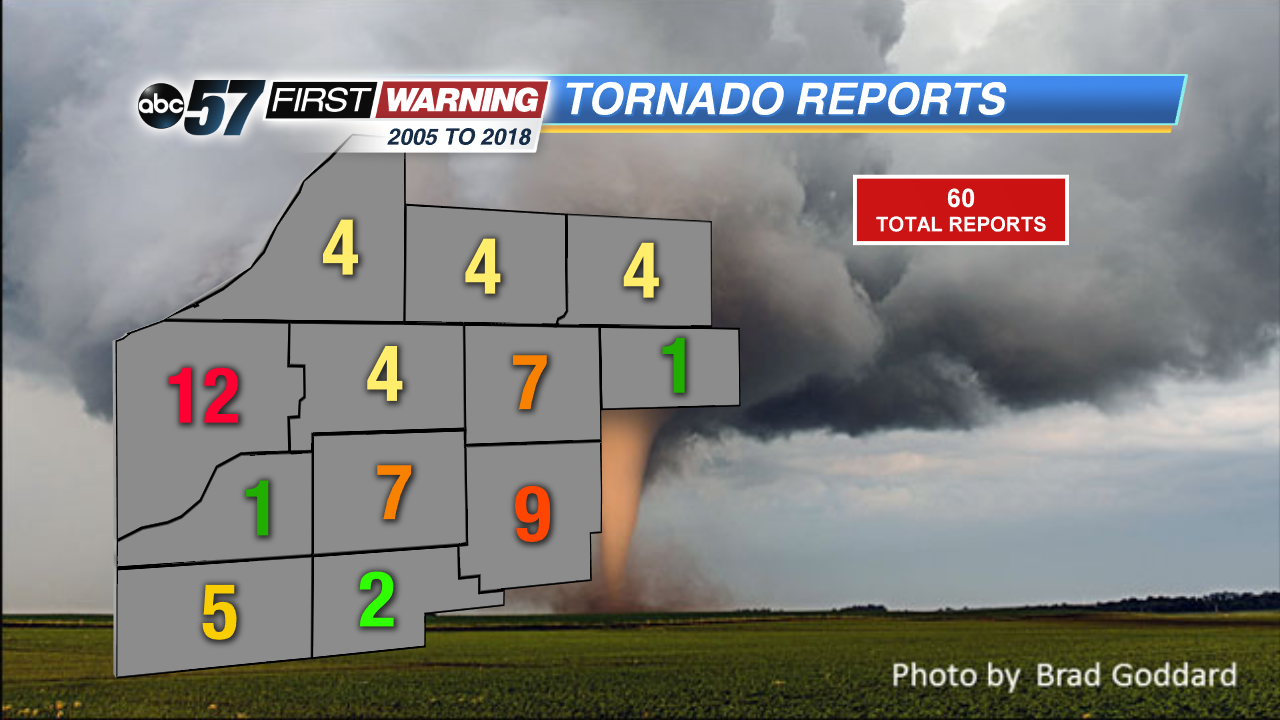 But the number of actual tornadoes isn't far from the number of tornado reports. There have been more than 50 actual tornado touchdowns dating back to May of 2005. Thus, tornadoes clearly do happen here. They just haven't happened much recently. Does that mean we should expect this trend to continue? No. We could see a tornado outbreak later this year, and that would significantly alter these numbers and averages. Tornadoes can and will continue happening throughout the year. Once the ingredients are there, tornadoes can happen. It just takes one well-developed storm system to spawn multiple thunderstorms capable of tornadoes.

Fortunately, the risk of thunderstorms and thus tornadoes is nearly zero through Saturday afternoon. There is, though, a chance of stronger thunderstorms Saturday evening into Sunday with an approaching cold front. We will have plenty of heat, humidity and energy to work with for storms to develop. but it is still six days out, which means any severe weather predicting should be taken with a grain of salt until we get closer.