Who will decide what is a nuisance call? 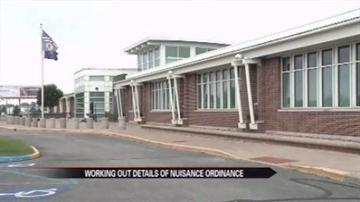 SOUTH BEND, Ind. -- The passage of a nuisance call ordinance in South Bend has many asking who will decide what is a nuisance call. The police department has until October to figure it out, but they already have a good idea.

Out of all the properties in South Bend, there are about 250 that police have to return to time after time.

What is considered a chronic nuisance call?

"Most of these nuisance calls fall into a very, very simple category of loud, tumultuous conduct on a repetitious basis. It doesn't really get down to anything more than that,” said Trent.

As for who will decide if a call is a violation of the ordinance, the department is looking at giving an existing administrator that duty.

"We're going to see where it would best fit in for the allocation and where this could be administered in the most logical and in the most effective and efficient way for the department,” said Trent.

While he did support the measure at Monday night's council meeting, Common Council President Derek Dieter has his concerns about how it will be implemented.

"You're going to have to have a person who is going to spend a lot of time, because you just can't plug in an address. You have to read the reports that come to find out if it was Jason causing a problem, or Derek. Where do they live? Do they live next door? Is that the real house, or was the house that it came to someone's grandma's house where the problem really is? So there's going to be a lot of work, so hopefully we can get a person who is going to be competent enough to handle that,” said Dieter.

There will be an appeals process for property owners who disagree that the calls police made to their property were chronic nuisance calls.

That hearing will be held at the same time as other code enforcement hearings.