Why Trump wants you to hate the media 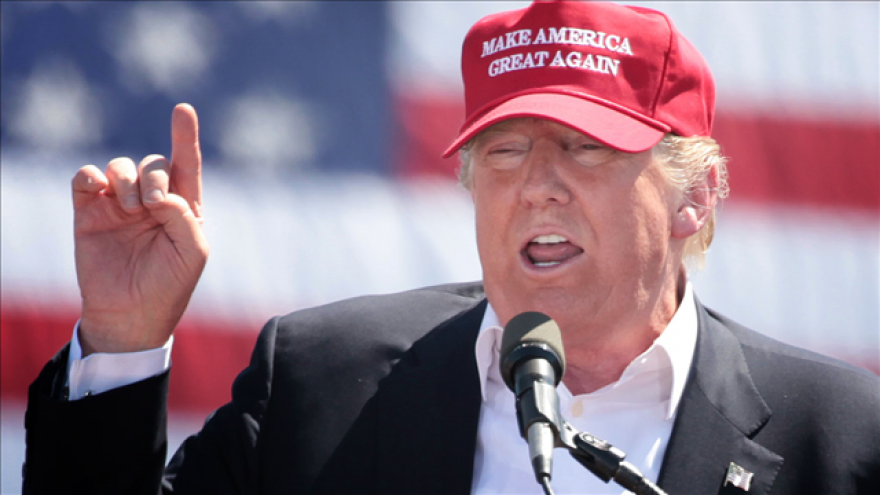 Editor's note: Frida Ghitis is a world affairs columnist for The Miami Herald and World Politics Review, and a former CNN producer and correspondent. The views expressed in this commentary are her own.

(CNN) -- If you watched President Trump's astonishing press conference on Thursday, you might be forgiven for concluding that the most urgent problem facing America is that the media "is out of control." Some media "is fantastic," the president allowed. But on the whole, journalism is plagued by "false, horrible, fake reporting."

It's clear that America's new President has chosen his new best enemy. Now that the campaign is over and it's not very useful to drive the crowds into a frenzy of hatred against Hillary Clinton, Trump has found the new direction in which to focus his supporters' animosity. But this time, the anointed enemy serves an even more useful purpose.

On Friday, he made his point even more directly, tweeting "The FAKE NEWS media (failing @nytimes, @CNN, @NBCNews and many more) is not my enemy, it is the enemy of the American people. SICK!"

The advantages of having an enemy are well-known. In Orwell's dystopian novel "1984" -- suddenly a new best-seller in the Trump era -- the masses engage in a daily mandatory ritual, the "Two Minutes of Hate," during which their anger is feverishly stoked against the foe of the moment. Dictators, strongmen and autocrats have practiced the art of drumming up loathing toward others to great effect.

Trump is no dictator, but he does have strong authoritarian tendencies and, like other demagogues, he knows that perceived enemies can help him fire up the base, rally the crowds and shift responsibility. Don't look at me, this script cries out; look over there, there is a threat, a danger, a foe.

When it comes to enemies, a demonized media is even more useful than the average antagonist.

Trump's real nemesis is the truth. By attacking the media, he opens up a new line of attack against facts, his true target. He is, after all, the Gaslighter in Chief. He is trying to confuse the public so that they will not believe inconvenient truths.

What he wants is to manufacture his own pseudo-truth; to create a reality where he always wins. Where the only polls that count are the ones where he's doing great. Where the only comments about him are compliments, and where anything negative is false, the work of an out-of-control media.

Where when things go wrong it is someone else's fault: He practically blamed the media for Russia's positioning of a spy ship off the US coast, buzzing US ships and illegally launching a cruise missile. It happened, he said, because the media's false reporting made the Kremlin think there's no chance of improved relations.

His administration is in chaos, but it's all the media's fault. And besides, there is no chaos. But if there were...

During Thursday's press conference, Trump unleashed torrents of lies, distortions and fabrications. When he said he won by the biggest Electoral College victory since Ronald Reagan, it took a reporter to point out that the last three presidents, Obama, Bush and Clinton, won by larger margins. He dismissed it all with a flippant, "Well, I don't know, I was given that information."

As the scandal surrounding his campaign's ties to Russia grows, Trump wants the public to think it's all the doing of the dishonest media. But journalists are not letting up, and the vast majority of Americans are not going to fall for Trump's tactics for very long. Even on the generally-supportive Fox News channel, the brave Shepard Smith called him out. "It's absolutely crazy," Smith said. "He keeps repeating ridiculous throwaway lines that are not true at all and sort of avoiding this issue of Russia as if we're some kind of fools for asking the question."

The President thinks this scheme will work because journalists are unpopular, but he is wrong because he's reading the polls about journalists incorrectly.

On Thursday, he shot, "you have a lower approval rate than Congress." That's not true.

It's true, according to a Gallup poll, that media credibility has fallen sharply.

But that's not the whole story. That poll was taken in September, during the height of the presidential campaign, amid a proliferation of false stories by phony news websites.

A recent study by Morning Consult found that the majority of the people find the major media outlets are credible. At the top, ABC News was found credible by 67%, CBS by 65%, Tthe New York Times by 63% and CNN by 60% of the public.

The averages are brought down by the likes of Breitbart, the former professional home of Trump's top adviser, Steve Bannon. Only 19% believe what they report, just ahead of the satirical site The Onion, which doesn't even claim to tell the truth, but which nevertheless was found more credible than Infowars, the wild conspiracy peddling operation of Alex Jones.

Trump, incidentally, appeared on Alex Jones' radio show on December 2, 2015, the day of the San Bernardino terrorist attack. That day, on the air, Jones told him that 90% of his listeners are Trump supporters. And Trump reciprocated, telling the man who tells stories that would drive a real journalist to insanity, that "Your reputation is amazing. I will not let you down."

As for true journalism, Trump's attacks are missing the mark. Perhaps the 17% of Americans who believe news from Infowars also accept Trump's claims that his chaos-engulfed administration is running "like a fine-tuned machine." But his claims that the "failing New York Times" is struggling are as false as an Infowars headline (Just now: "Obama Planning Civil War.")

In fact, The New York Times is setting new records in subscriptions, readership and circulation, as are other publications, especially those targeted by Trump.

Trump wants America to think that it is the media that is out of control, because he wants to control what people view as true and false. It seemed like a good plan, but it has a fatal flaw. People are learning the difference between good journalism and bad. Trump's tactic may work for dictatorships. It won't work in the United States.