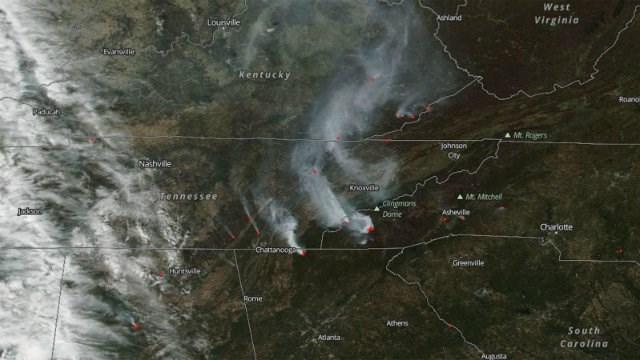 Several dozen fires from Tennessee, Georgia and North Carolina are sending a smoky haze into the Palmetto State, according to the South Carolina Forestry Commission.

Forestry Commission Fire Chief Darryl Jones said the smoke would not likely dissipate until the state received a rain shower or the adjoining states would have to get their fires under control.

Georgia and other states are currently in a drought and burn bans are in place throughout the region. One eight-acre fire even closed a section of the Chickamauga battlefield last weekend and park authorities warned visitors about heavy smoke. Wildfires in the mountains of western North Carolina are so large they can be seen from outer space, TWC News reported.

The National Oceanic and Atmospheric Administration reported that January through October 2016 was the second warmest such period for the country in the 122-year reporting period and the third warmest October since 1963. The 10-month period was 3.6 degees Fahrenheit above the 20th century average, NOAA reported.