Winter 2017 will be known most for being very wet, Almost seven inches of mostly rain fell in January and February, compared to only 9.5 inches of snow. Temperatures also stayed mostly above normal for the entire season. 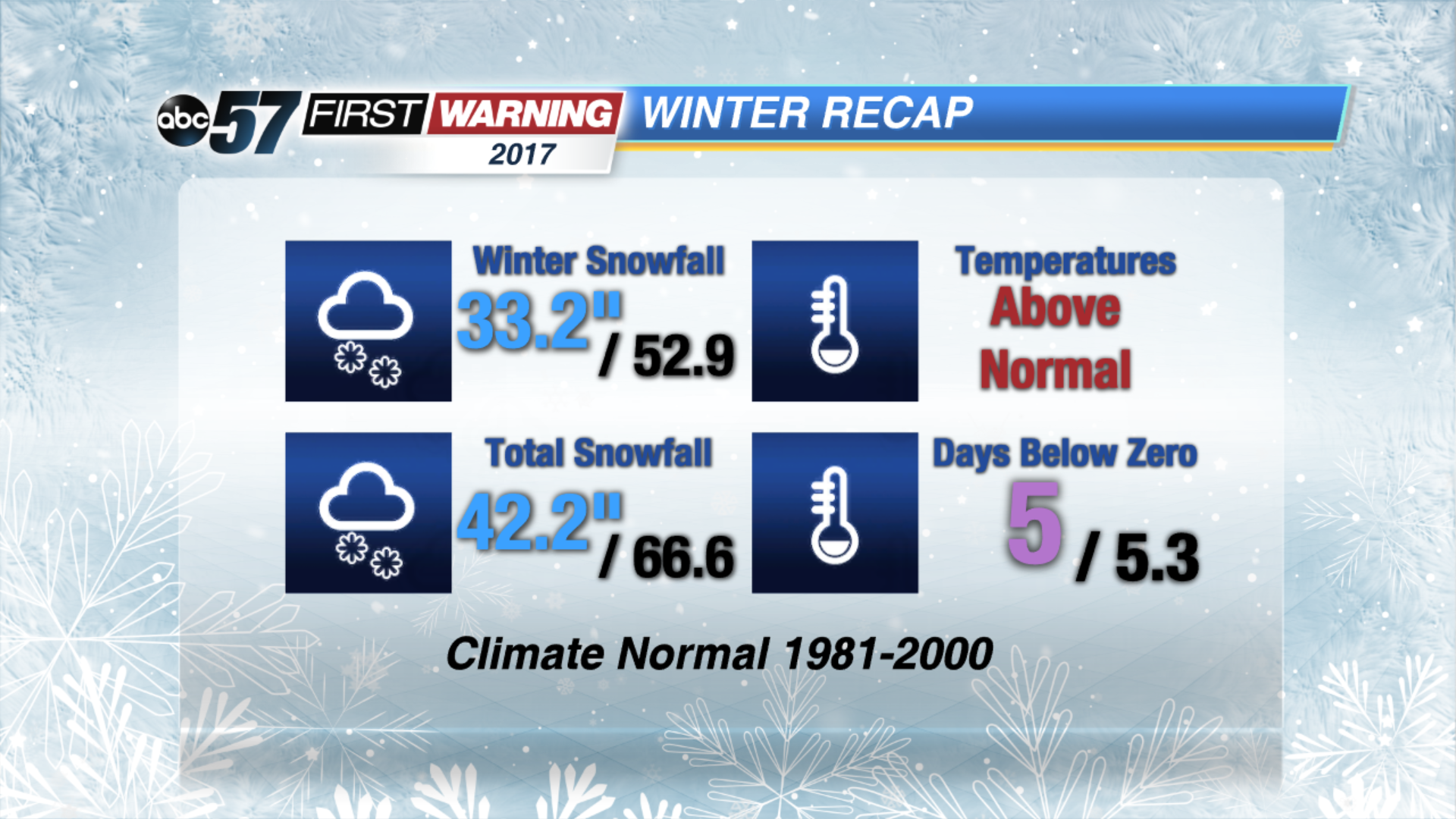 La Nina is the cooling of tropical waters in the eastern and central Pacific Ocean. This often impacts global weather patterns. The classic La Nina set-up brings colder weather to the northern half of the country and warmer and drier weather to the southern half. The Midwest often sees above normal precipitation but as we learned last year that doesn't always mean snow. 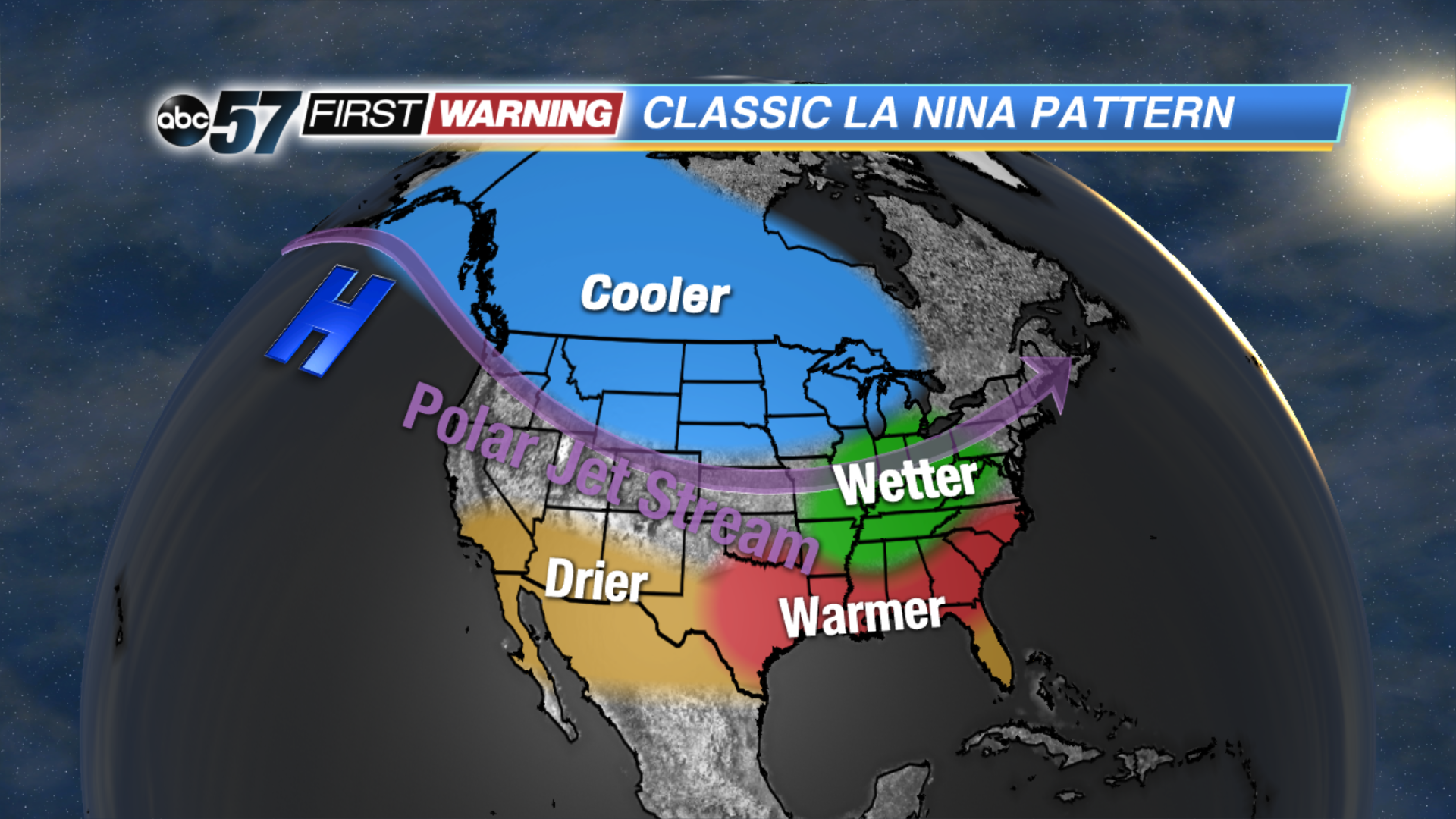 Last year there was a hitch in the typical La Nina pattern. The Pacific Jet Stream played a key feature, bringing most notably excessive rainfall to California and keeping our pattern mind and westerly. We had very few if any northwest intrusions of cold arctic air. 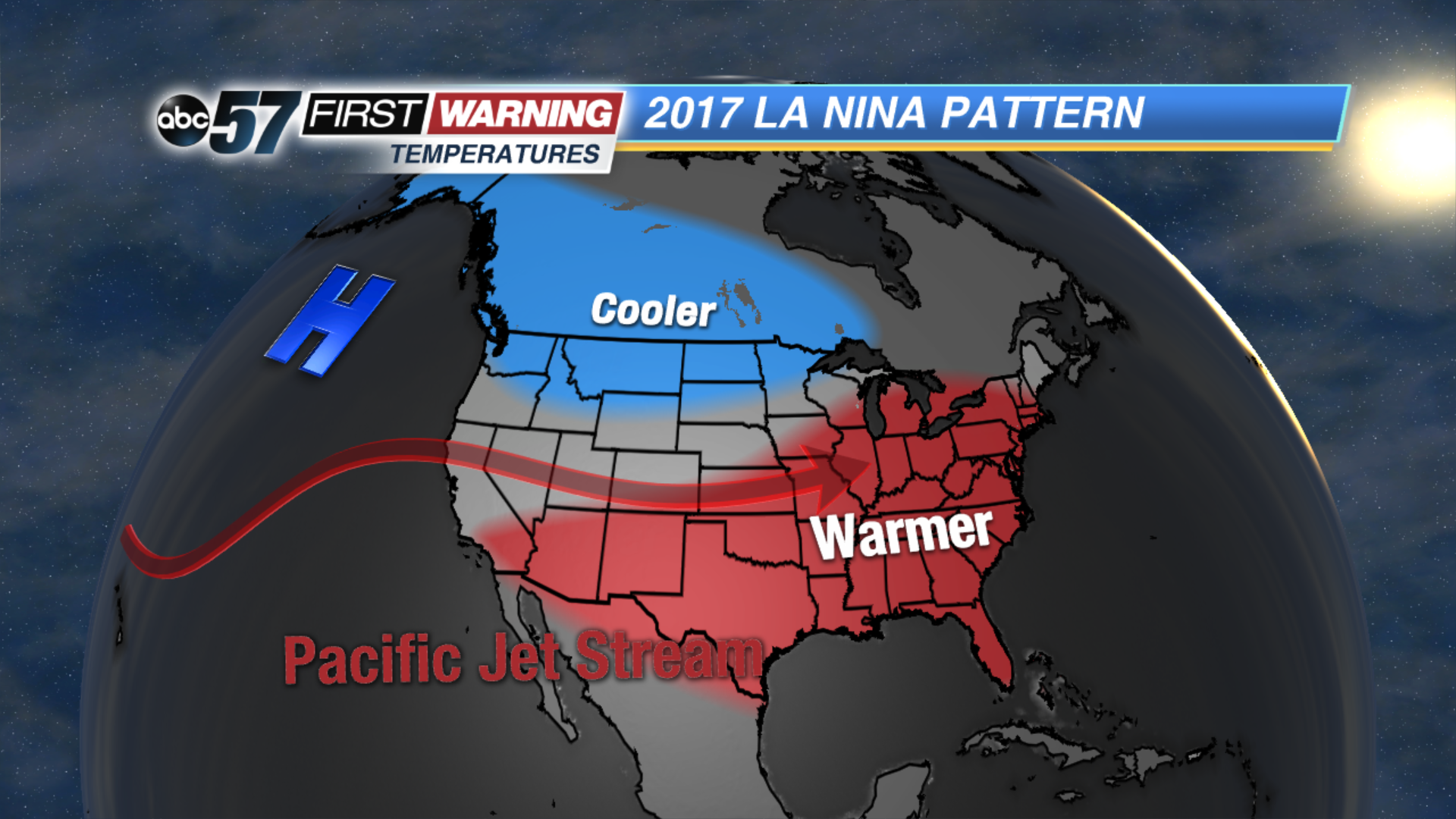 The forecast for Winter 2018 looks 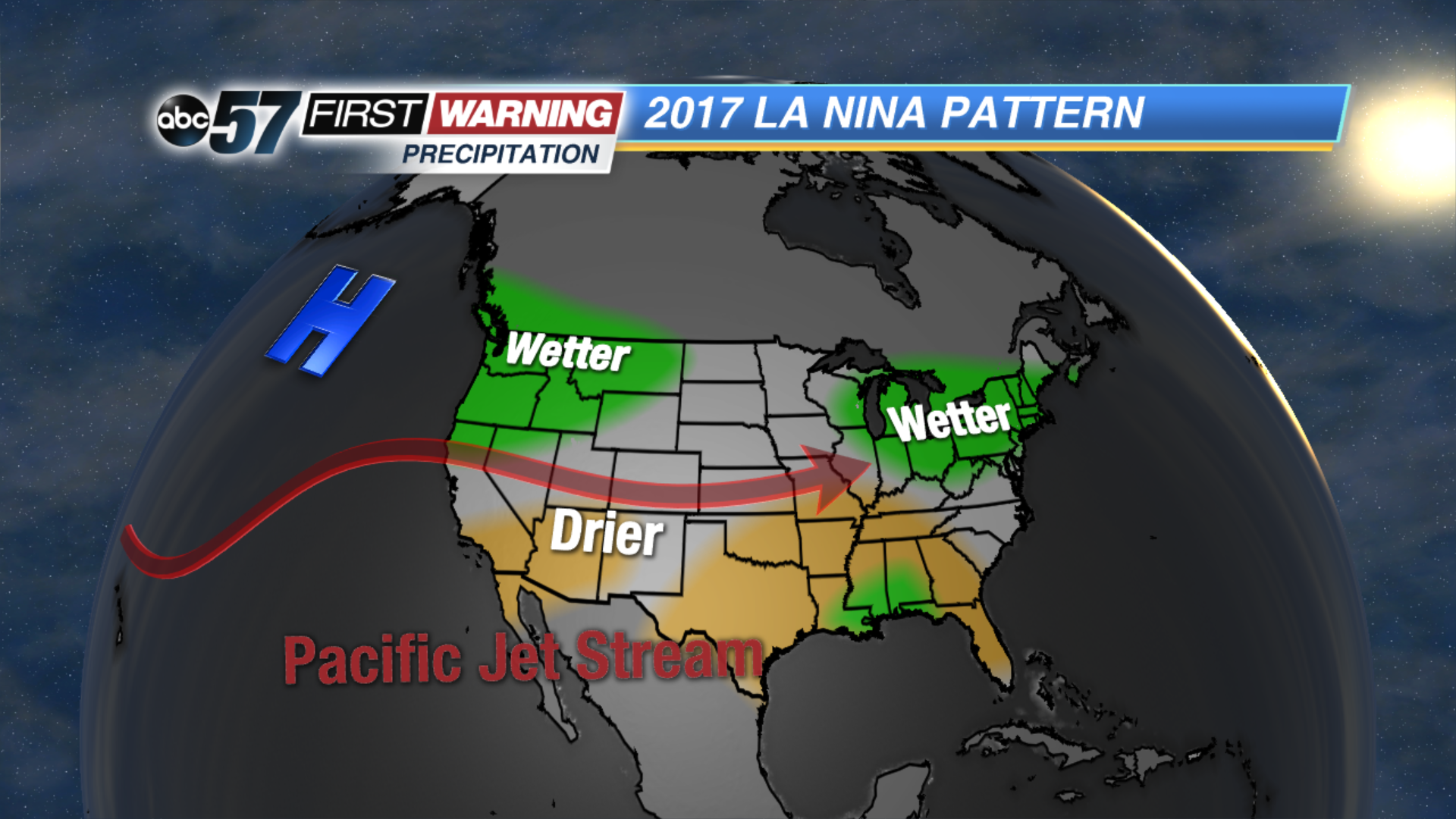 similar, though the Pacific Jet may not play as big a roll. Statistically speaking it's likely we'll see more snow than last year and cooler temperatures. However that doesn't mean we'll have a harsh winter either.

The full winter forecast for 2018 will be posted in mid-November. 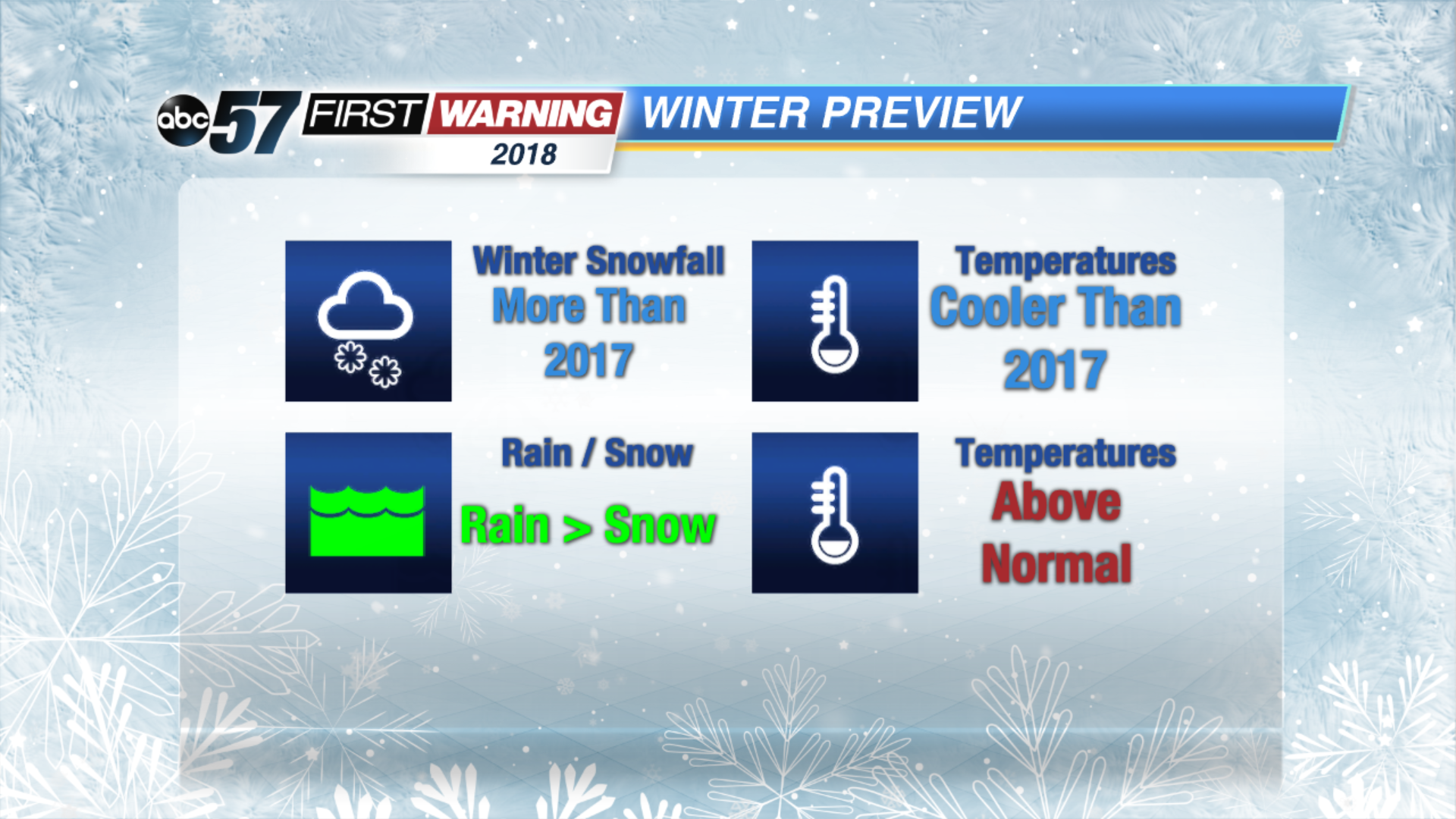