Wintry mix: Why it can either shut down the city or be no big deal

Wintry mix: Why it can either shut down the city or be no big deal

It has been a messy week of weather in Michiana, as freezing rain shut down all of northern Indiana and southwest Michigan on Tuesday, and then four inches of snow buried the same spots only twelve hours later. Most of us are sick of winter at this point, because Michiana has had multiple freezing rain events since early January, and the wintry mix just keeps on coming. Some wintry mix events are worse that others, it all depends on the type of front that is moving through the area.

Warm fronts are usually more dangerous than cold fronts, especially when temperatures are right around 32 degrees. That is what happened on Tuesday morning in Michiana. Warm air overrides the cold air, so precipitation starts as rain in the clouds, and falls into the sub-freezing air near the ground causing sleet and freezing rain. This can happen over a very wide distance.

In Tuesday's case, the warm front overrode sub-freezing air over an 80 mile distance. This caused a large area for freezing rain to fall, and over a long duration. By Tuesday morning, over .10 inches of ice accumulated, creating an ice rink of roads and sidewalks, and coating cars and trees. 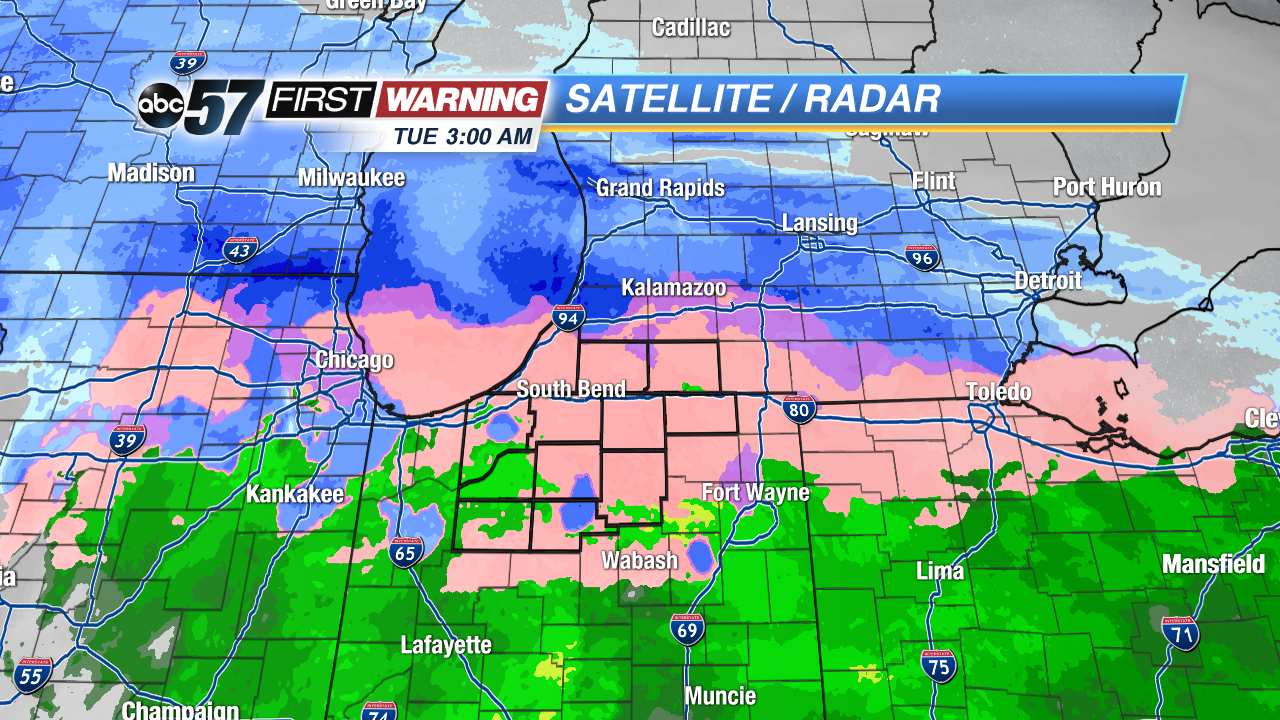 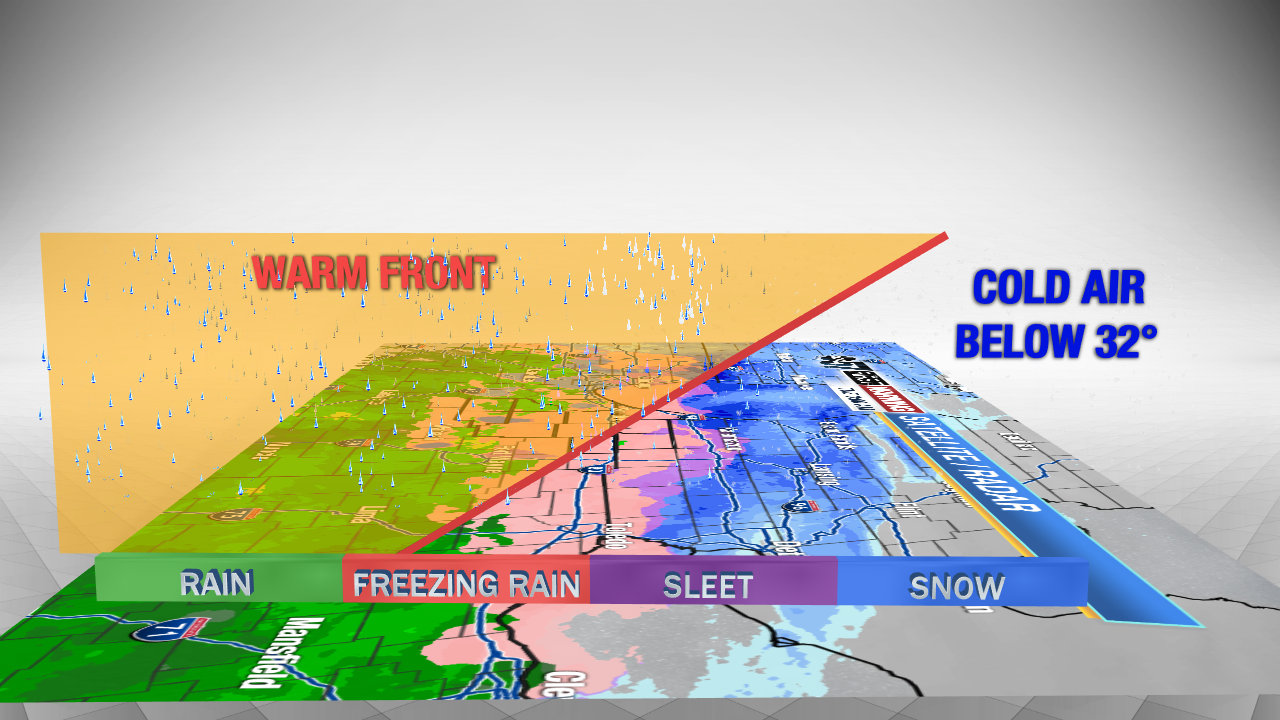 Cold fronts are different than warm fronts, and are not as dangerous in most cases. If a strong cold front moves through, dropping temperatures very quickly, a flash freeze can occur. However, most of the time cold air moves in slowly and that does not happen.

On Tuesday night, a cold front moved through Michiana, turning precipitation from rain back to snow. Wintry mix and freezing rain was not a big deal, in fact, the rain drops turned to fluffy, wet snow flakes almost immediately. When a cold front moves through, the sub-freezing air undercuts warmer air, so the temperature near the ground is colder than freezing. This allows rain drops to fall into that sub-freezing air and turn right to snowflakes. A bit of winry mix is possible, but the transition is a lot quicker than if a warm front moves through. 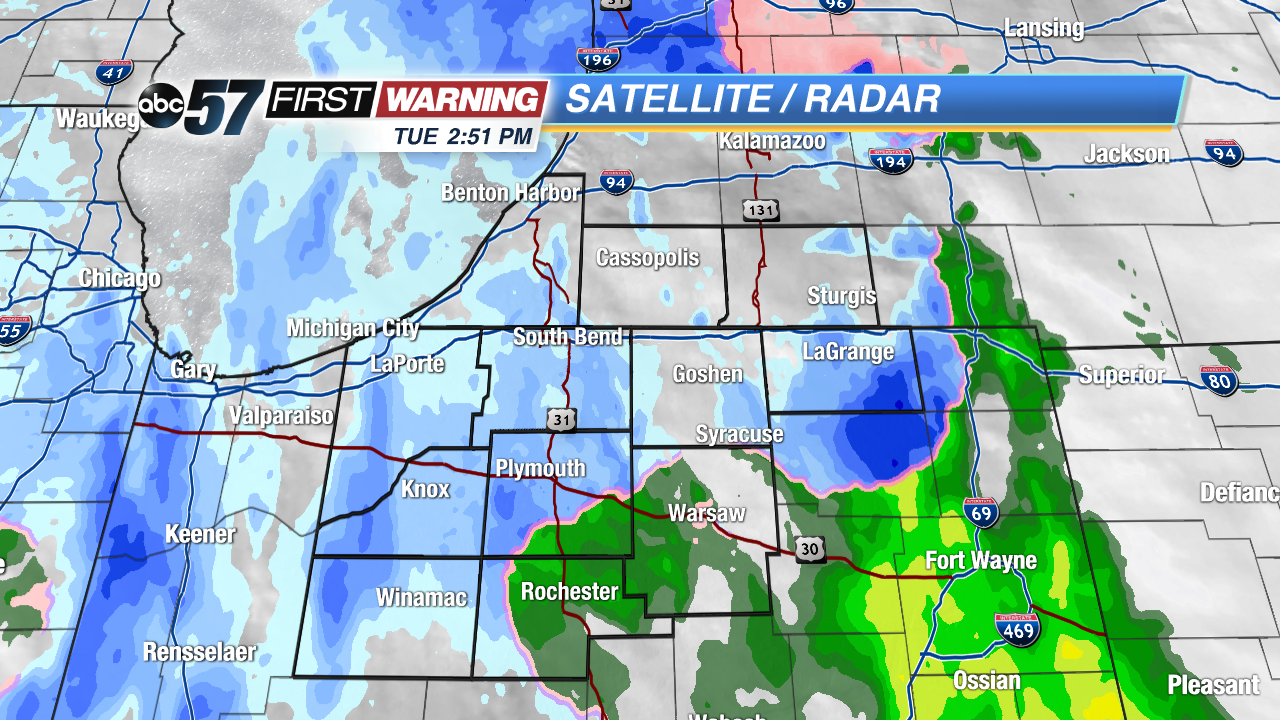 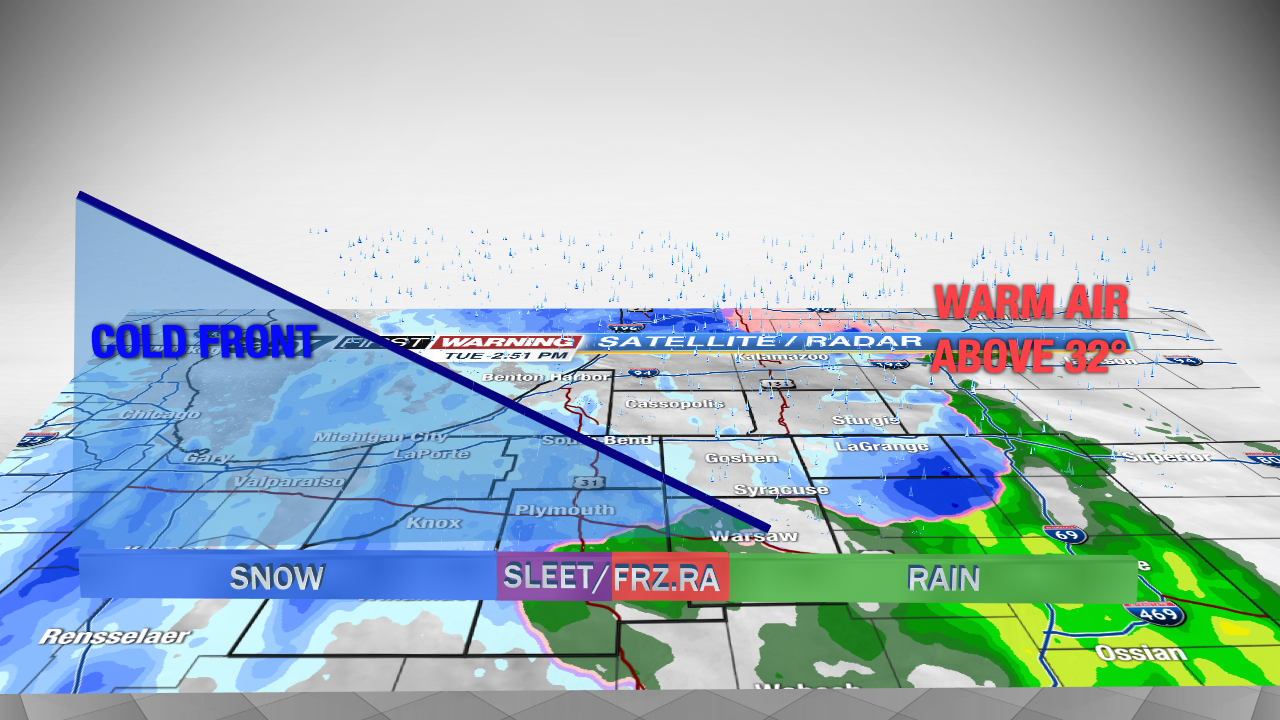 We are expecting a cold front to move through Michiana on Friday morning. Rain showers will turn over to snow showers during the morning commute. Therefore, we will have another small chance for some wintry mix, and possibly some ice on the roadways as temperatures drop below freezing.