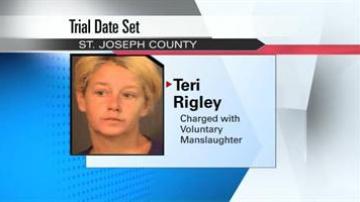 The title and the summary paragraph are oddly worded. A person doesn't receive charges.

Also, we shouldn't be writing stories about minor court appearances. There's no way she is going to be going to trial next month. They are always delayed.

Did you not get my email that said not to write stories like this???

SOUTH BEND, Ind. -- A woman accused of killing a man while she was angry last month is set to go to trial next month.

She is charged with voluntary manslaughter in the death of Edward Pierce.

It happened at the Shirley Motel, off of U.S. 31 in South Bend.

Rigley will have another hearing October 30th before trial begins November 17th.
Share this article: