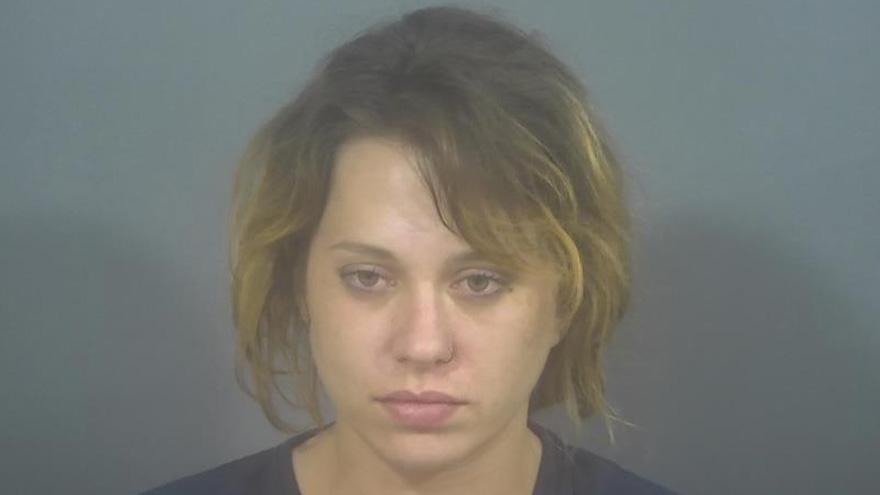 ST. JOSEPH COUNTY, Ind. -- A woman has been charged for allegedly stealing a man's guitars, then chasing him with a knife when he tried to retrieve them, according to court records.

On July 27, South Bend Police responded to Hastings and 27th Street for reports of a woman with a knife chasing a man.

When they arrived, they spoke with the victim who explained what happened.

The victim said he was at the home to retrieve some items that had been stolen from him the night before, reports said.

He said someone stole two guitars and an amp from his vehicle while he was working at the Phoenix Bar. He checked the surveillance video and saw a man and woman take the items from his car and place them into the car of a third person, according to the probable cause affidavit.

The victim knew the person who owned the car and contacted her to get permission to retrieve his items and contacted police for a stand by, reports said.

When the victim arrived on Tuesday to the house where the car's owner lived, he parked behind the vehicle of the male subject seen in the surveillance video, reports said.

Paige Warren came out of the house, grabbed the victim's keys from him and threw them, which allowed the male subject to leave the scene in his own vehicle, reports said.

Warren then chased the victim with a knife and two-by-four yelling, "I'm going to kill you," according to the probable cause affidavit.

The victim was allowed into the house to retrieve his items.

Warren was arrested at the scene.

UPDATE: Warren pleaded guilty to intimidation on March 30, 2022 and the charge of theft was dismissed. She was sentenced to 1 year and 182 days in prison with four days credit with 1 year and 178 days suspended. She will be on probation for 18 months.