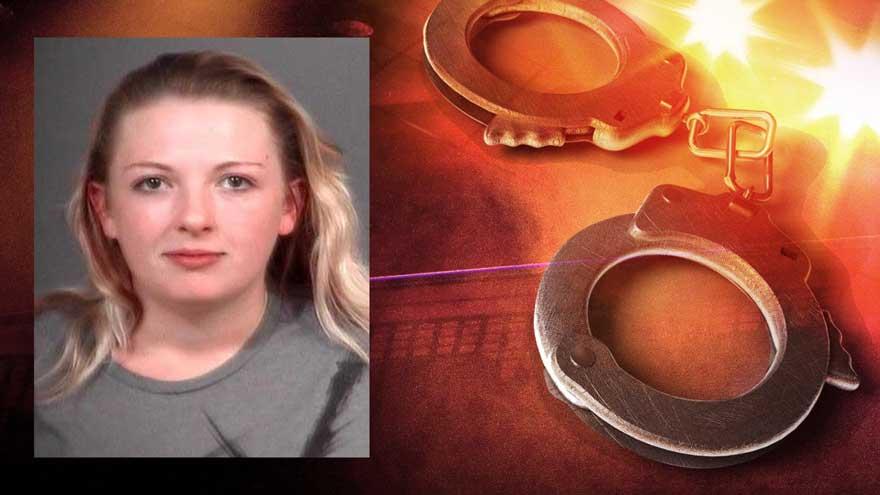 SOUTH BEND, Ind. -- A woman is facing charges for allegedly striking her ex-boyfriend with her vehicle after an argument, according to court records.

Shaylyn Lee Bush has been charged with one count of criminal recklessness.

South Bend Police were called to a residence on Blaine Road on July 11 to investigate a domestic altercation.

The victim told police he and his ex-girlfriend, Bush, saw each other at a mutual friend's home and began arguing about the end of their relationship.

While they were arguing, he was standing in the street and she was sitting in her vehicle.

He told police Bush accelerated quickly, hit him with her vehicle and broke her windshield.

She slammed on her brakes and he was thrown to the ground, resulting in road rash and pain to his hip area, reports said.

Bush then drove away from the scene.

Two people who said they witnessed the incident gave similar accounts to the victim, according to police.

Around 2 a.m., Bush contacted police and told them her ex-boyfriend damaged her phone.

She also alleged he had ripped off her watch and thrown it at her friend, injuring the friend.

Bush said she got into her car to get the victim to leave her friend alone, but he ran at her and jumped on the hood of her vehicle.

Bush's friend told one officer the victim smashed the windshield with his helmet, but told another officer she didn't know how it got broken, according to the probable cause affidavit.

The friend also told police they didn't call police until after learning the victim had called police.

Bush was arrested on July 11 and was released from the jail on bond. She was formally charged on July 17.