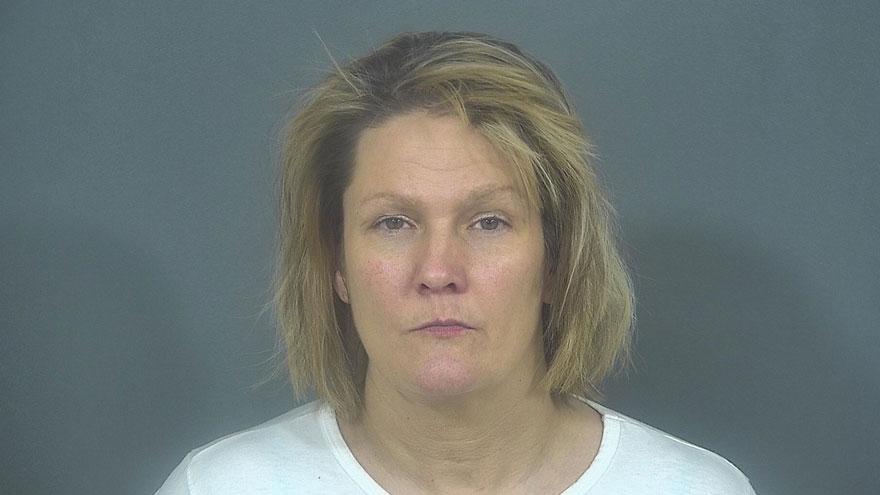 ST. JOSEPH COUNTY, Ind. -- A woman has been charged with impersonating a public servant after telling a gas station employee and police officer she worked for the CIA so she could view surveillance video from the gas station, according to court records.

South Bend Police were called to the GoLo gas station on N. Olive on January 3 because a woman was there claiming to be with the Federal Bureau of Investigation but did not have a badge, reports said.

The woman showed the clerk an ID, but not a badge when she requested to see surveillance video from the store, reports said.

As the officer arrived, the woman was observed driving in a white Charger that did not have license plates, reports said.

The officer conducted a traffic stop on the vehicle and made contact with the driver, who was identified as Lisa Marie O'Donnell, reports said.

O'Donnell, who was wearing a white hat with "FBI" written on it, told the officer she was at the gas station to look at their surveillance video as part of an investigation into counterfeit money, according to the probable cause affidavit.

When asked what agency she worked for, O'Donnell said "CIA," reports said.

O'Donnell didn't have identification and told the officer if he ran her license it would return with her credentials, reports said.

The search did not find evidence O'Donnell worked for either the FBI or CIA, according to the probable cause affidavit.

Because O'Donnell's license had a Walkerton address, the officer contacted Walkerton Police. They informed the officer O'Donnell had taken a car for a test drive and had not returned it, reports said.

The car was impounded and O'Donnell was taken to the St. Joseph County Jail.

O'Donnell was charged with one count of impersonation of a public servant on Monday.