Woman accused of May fatal hit and run sentenced 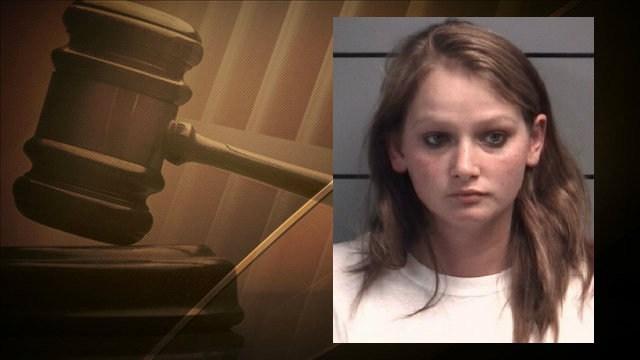 The woman who pled guilty to a deadly hit and run that happened in May was sentenced in Marshall County Wednesday.

The woman, 28-year-old Monica Sanders, was sentenced to four and a half years behind bars for the crash.

According to Marshall County Officials, the hit and run occurred at the intersection of Rose Road and Plymouth-Laporte Trail on May 15.

Sanders, the driver of an SUV, crashed into the back end of another vehicle, killing two of the four people inside.

The victims were a teenage girl and 24-year old Paul Graham.

Both victims died as a result of their injuries.

Court documents say Sanders fled the scene and turned herself in the next morning. She was charged with two Level 5 felonies on May 17.

Marshall County Prosecutor E. Nelson Chipman said even if Sander’s stayed at the scene of the crash, there wasn’t much she could do.

Emergency personnel responded quickly to the scene in attempts to save Mr. Graham and the teenage girl. Ms. Sanders chose to flee the scene, but likely could not have done anything to save the life of either person that died. Still, people violating laws of the State must be held accountable. Ms. Sanders was held accountable for choosing to run from the scene of her collision.

Judge Robert Bowen said Wednesday, 75 percent of Sander’s sentence is to be served within the Indiana Department of Corrections before she can be released.