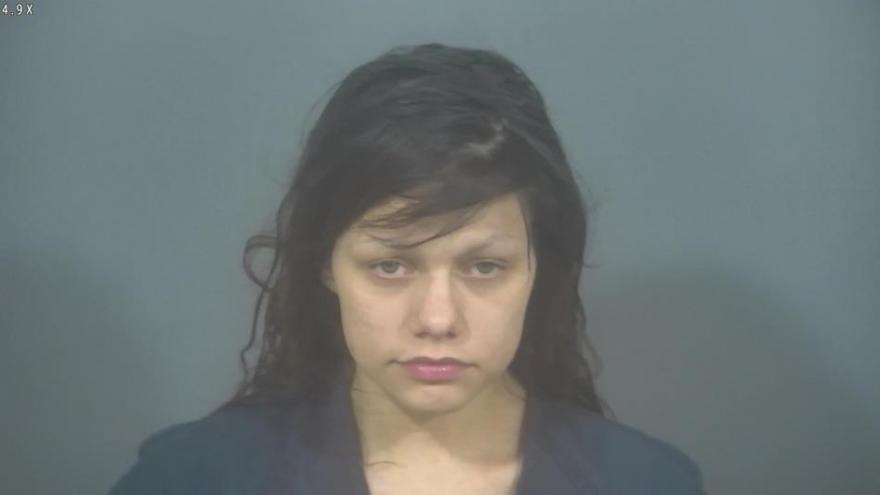 ST. JOSEPH COUNTY, Ind. – A woman was arrested after she allegedly sold a ring she had stolen from a man she used to live with, according to the probable cause affidavit.

On November 25, 2021, officers with the South Bend Police Department were called to a residence on South Rush Street for a reported burglary.

The caller said he had left his home around 12 p.m. and when he returned around 4:30 p.m., he saw 29-year-old Alyssa Sanchez and another woman standing at his back door.

The two women asked for a ride to a gas station and the man agreed but wanted to check his residence first. Inside, the man noticed an out-of-place ice tray in the kitchen.

He asked the women if they had entered his home and they said they used a credit card to pick the lock, reports said.

Sanchez told the man “lock your deadbolt” before the two women walked away, according to reports.

After the women left, the man discovered other items were missing from the home.

On November 30, investigators were informed that a ring was sold by Sanchez on November 27, according to court documents.

The man positively identified the ring as one that came from his residence and one that no one had permission to take, reports said.

Sanchez was arrested on Monday morning.

She is charged with burglary and theft.

Sanchez is being held at the St. Joseph County Jail on no bond.

She is due to be arraigned in court on Tuesday.