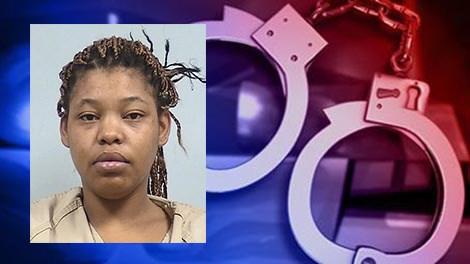 An Elkhart woman was arrested after allegedly stabbing a man in a domestic incident Sunday afternoon.

Elkhart Police say the victim called police after getting into an altercation with the mother of his children at a home on West Marion Street. During the altercation, the victim was stabbed in the arm and leg with a kitchen knife, reports said.

The suspect, Jaquise Jackson, was arrested and charged with domestic battery and battery with a knife causing serious bodily injury.