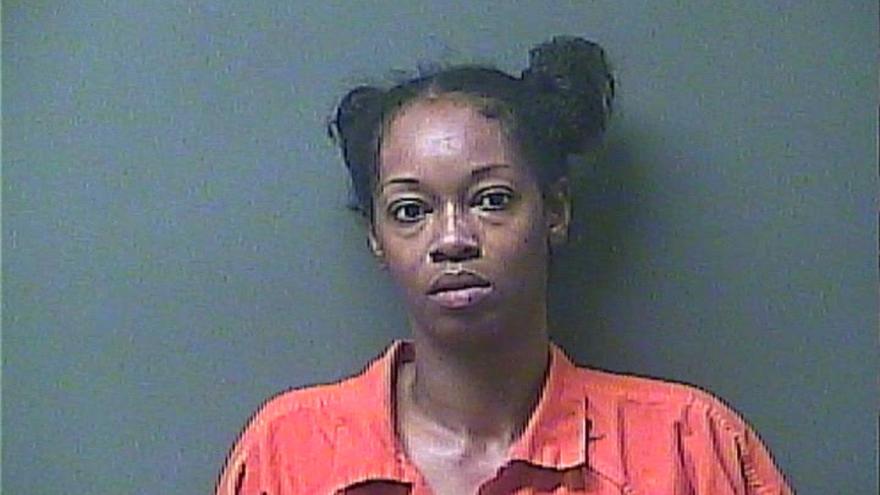 LA PORTE COUNTY, Ind. – A woman was arrested after allegedly leading deputies on a chase and causing many vehicles to veer off the roadway, the La Porte County Sheriff’s Office reported.

At 8:16 a.m. Tuesday morning, deputies were notified of a reckless driver traveling eastbound in the westbound lanes of U.S. 20, reports said.

While traveling north on Fail Road, a deputy saw a vehicle matching the description of the driver traveling southbound and passing another driver in a no passing zone, deputies said. The deputy had to pull over onto the shoulder of the road to avoid a head-on crash with the reckless driver, reports said.

The deputy initiated a traffic stop on the vehicle in the 3500 north block of Fail Road. As the deputy was about to leave his vehicle, the driver sped off and began a vehicle chase, reports said.

The chase ran many vehicles off the roadway on Fail Road, deputies said. The driver then went west on S.R. 2 through La Porte, avoiding a set of tire deflation devices set by another deputy at an intersection.

The driver continued on S.R. 2, forcing oncoming drivers off the road while doing so, reports said.

At the intersection of S.R. 2 and U.S. 421, the vehicle avoided another set of tire deflation devices in the roadway.

Deputies were able to box the vehicle in and the driver was extracted from the vehicle.

The driver, identified as 39-year-old Judith Taylor of Michigan City, was taken to the La Porte County Jail and is being held on a $755 cash bond, reports said.

Taylor is facing charges for the following, deputies said: