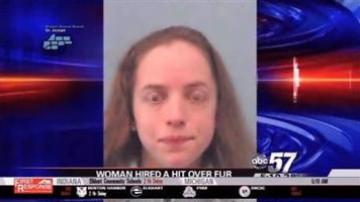 CLEVELAND, Ohio -- A woman is behind bars after police caught her trying to hire a hitman.

"She was very serious about her wanting someone to be killed in a fur coat,” said Scott Wilson of the FBI. “She had a strong belief that she is so against fur, and harming animals to make fur products, that she would hire somebody to go out and kill someone."

FBI officials say Lowell created a Facebook page using an alias, and she offered up to $850 for the hit.