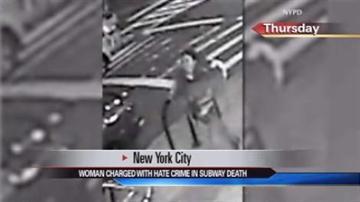 Officials said Erika Menendez pushed a man in front of a moving subway train because he was Muslim.

Once in custody Menendez told investigators she did it because of her hatred for Hindus and Muslims after the 9-11 attacks.

This is the second time this month someone has died after being shoved in front of a moving train.